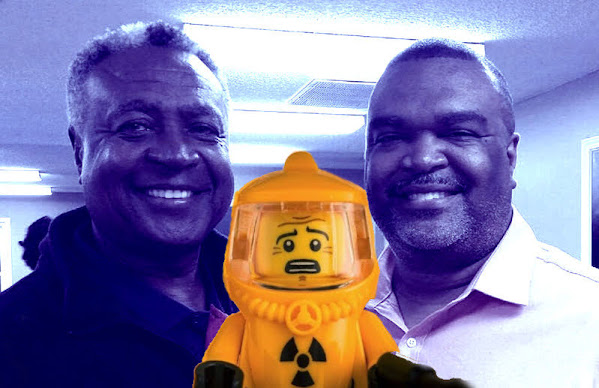 The response hasn't been great to this bit of local news regarding families ties and local infrastructure.

In fact what we noticed after a quick check of social media and some thoughtful comments from our blog community . . .

Overall there has been a collective eye roll regarding news of this sketchy transit executive gambit.

The KCATA has been run by an unqualified hack for years so another one might not do much damage.

"KCATA will hold a national search for a permanent president an CEO in the near future, according to a spokesperson for the organization."

KANSAS CITY, Mo. - The Kansas City Area Transportation Authority has announced Frank White III as the organization's interim CEO. The news comes after former CEO Robbie Makinen resigned on Wednesday, July 27, after being with KCATA since 2016. White has served as the vice president of RideKC Development Corporation for the past two years.

Frank White III, the son of Jackson County Executive Frank White Jr., has been called upon to lead KCATA after its previous leader resigned. Most recently, we was vice president of RideKC Development Corp., which KCATA created in 2018 to pursue its policy goals through projects.