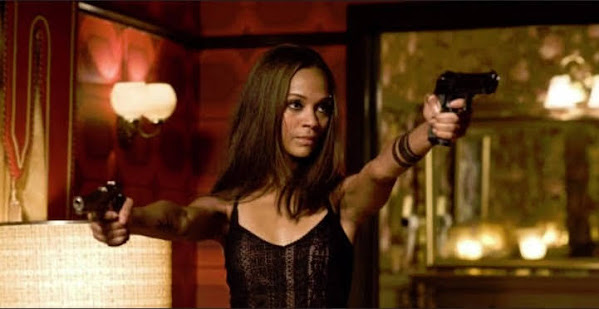 There's a trend taking hold that Kansas City denizens would be wise to consider.

As historic violence takes hold in KC proper and surges across the metro, a local expert sent a note our way revealing that more Black women are buying guns to protect themselves.

Sam is a valuable resource for all of Kansas City and he has EXPERT insight into the local gun show scene. 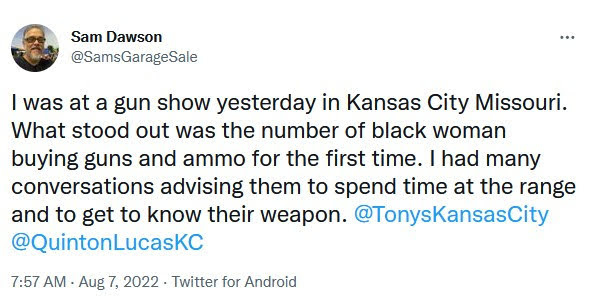 The data backs him up on this observation . . . A recent stat offers some context . . .

"About 8.5 million people in the US bought their first gun in 2020, the National Shooting Sports Foundation says. The trade association for the firearms industry adds that gun purchases by Black men and Black women increased by more than 58 percent over the first six months of last year."

Accordingly and because it represents a data-drive fact check to MSM narratives . . .

When we consider recent "progressive" efforts to ramp up anti-gun legislation, it's fair to question why this regulation has coincided with a greater number of "people of color" partaking in LEGAL fire-arm ownership.

TAYLOR, Mich. - Valerie Rupert raised her right arm, slightly shaking and unsure as she aimed at the paper target representing a burglar, a robber or even a rapist. The 67-year-old Detroit grandmother squeezed the trigger, the echo of her shot blending into the chorus of other blasts by other women off the small gun range walls.

Two days after a white man shot and killed 10 Black people in Buffalo last month, Michael Moody reversed his thinking about possessing a firearm. He had watched the aftermath of the carnage on the news, the anguish of the victims' families, and decided he "needed a gun.

Uncertainty from the pandemic and the country's civil unrest contribute to the rise in gun ownership. INDIANAPOLIS - More women, especially Black women are becoming gun owners right now. In the first six months of 2021, nearly 87% of gun stores nationwide had an increase in African American women buying firearms, according to the National Shooting Sports Foundation.