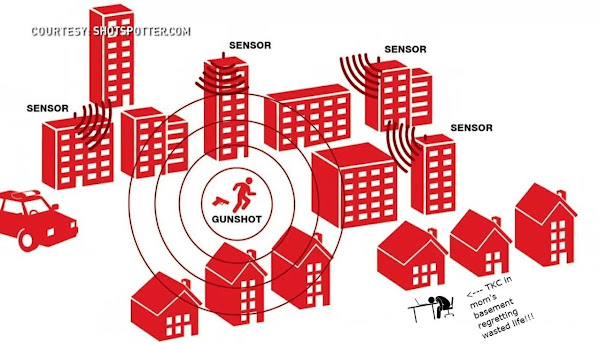 As we start another debate about police funding . . . Money spent on surveillance gear should rightfully come under scrutiny given that Kansas City residents are stuck paying the bill for questionable tech hasn't proven effective in curbing local violence despite years of digital eavesdropping.

The departments pay ShotSpotter Inc. for technology that uses microphones and audio software to identify the sounds of gunshots in neighborhoods. But the technology hasn’t made an impact on gun violence and typically doesn’t result in investigatory leads, according to a new report from the Surveillance Technology Oversight Project, a nonprofit privacy organization.

“Americans are desperate to feel safe, but we have to look at what surveillance companies are really selling us,” the group’s executive director, Albert Cahn, said in a statement. The microphones pick up sounds other than gunshots, including voices, according to the report, adding: “This technology is worse than a gimmick, it can put people in harm’s way.”