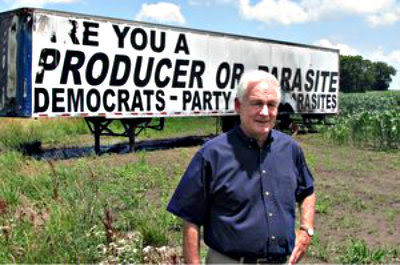 Retired newsman JimmyC has been keeping up with the story of a locked up old codger better than any working newsie in Kansas City. (Apparently, pushing election coverage is far more important)

TKC is surprised the old dude didn't kick the bucket in jail given that the JaxCo prison was previously noted as a "human rights crisis" in a report to legislators.

The longtime local newsman finds a way to blame police for a case that has always been more focued on overwhelming negative local opinion amongst local middle-class professionals rather than the deets of the case . . .

One is that one of the two lead prosecutors, Dan Nelson, left the Prosecutor’s Office in February to take a job with a private law firm. I expect the lead prosecutor to be Lauren Whiston, a top assistant to Jean Peters Baker. From what I’ve seen, Whiston is very good, but she’s carrying a big load and will be under tremendous pressure.

Another concern is that I don’t have much confidence in the homicide detectives at KCPD. The division has a low murder-solution rate, and, overall, the department has been poorly managed under the last two chiefs — Rick Smith and Darryl Forte.

A little over two years ago I dubbed Kylr Yust and David Jungerman as "co-Public Enemies No. 1." A Cass County jury and judge took care of Yust in June 2021, recommending and sentencing the tattooed hooligan to 45 years in prison for the killings of Jessica Runions and Kara Kopetsky.