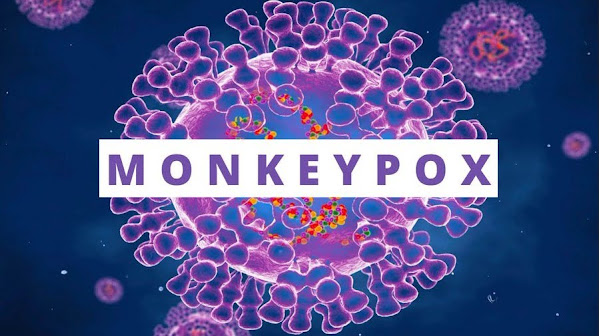 We're not going to put any commentary on this report because it's a press release with an important public health update from the Jackson County Health Department . . . Check-it . . .

“Initial testing for orthopoxvirus, the genus of viruses that includes monkeypox and smallpox, was completed at the Missouri State Public Health Lab,” said Bridgette Shaffer, Jackson County Health Department Director. “Based on the individual’s symptoms and positive orthopoxvirus result from the state laboratory, we’re considering this a probable monkeypox case and are taking action to identify and vaccinate contacts.”

Additional confirmatory testing at the U.S. Centers for Disease Control and Prevention (CDC) is pending, and results are expected in the coming days. The Jackson County Health Department communicable disease team has provided isolation guidance to the patient. The team has contacted all persons who may have been in contact with the patient while they were infectious, and those contacts have been offered post-exposure vaccination (JYNNEOS) to help stop the spread of disease.

“The threat to Eastern Jackson County residents is low at this time,” said Shaffer.

“Monkeypox is less contagious than COVID-19 but can affect anyone,” said Shaffer. “It does not just affect one community or group.”

Anyone experiencing flu-like symptoms (fever, swollen lymph nodes, exhaustion) and/or an unexplained rash on their face, palms, arms, legs, genitals, or perianal region should call their healthcare provider as soon as possible. Most people recover within 2-4 weeks, but the disease can be serious, especially for immunocompromised people, pregnant people and children.

Those who suspect they have been exposed to monkeypox should call the health department at (816) 404-9898, as they may be eligible for post-exposure vaccination.

The current monkeypox outbreak was first confirmed in a British resident on May 6, 2022. Since then, cases have been confirmed in 93 countries, including the U.S. At this time, there are 12,689 confirmed cases of monkeypox across multiple U.S. states and 24 in Missouri.

For more information about monkeypox symptoms, how it spreads, prevention, treatment and more, visit the Centers for Disease Control and Prevention’s website or the Jackson County Health Department’s website.