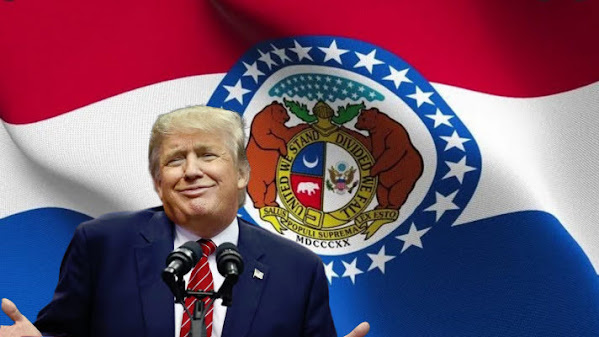 Possibly one of the better election jokes that MAGA has ever played on the nation . . . Slightly more fun than the panty raid that of "very special people" on the nation's capitol.

"There is a BIG Election in the Great State of Missouri, and we must send a MAGA Champion and True Warrior to the U.S. Senate, someone who will fight for Border Security, Election Integrity, our Military and Great Veterans, together with having a powerful toughness on Crime and the Border. We need a person who will not back down to the Radical Left Lunatics who are destroying our Country," the former president said in a statement.

"I trust the Great People of Missouri, on this one, to make up their own minds, much as they did when they gave me landslide victories in the 2016 and 2020 Elections, and I am therefore proud to announce that ERIC has my Complete and Total Endorsement!"

Trump makes endorsement for US Senate race in Missouri

KANSAS CITY, Mo. - On Monday, former President Donald Trump made an endorsement in the U.S. Senate race in Missouri, but it's not quite clear which candidate he's supporting. "There is a BIG Election in the Great State of Missouri, and we must send a MAGA Champion and True Warrior to the U.S.

Former President Donald Trump has weighed in on the U.S.

KANSAS CITY, Mo. - Former President Donald Trump's relationship with the battle to win the republican senatorial nomination in Missouri is...complicated. The GOP field of candidates, vying to replace retiring Sen. Roy Blunt, have worked throughout the campaign to attract the former president's endorsement.