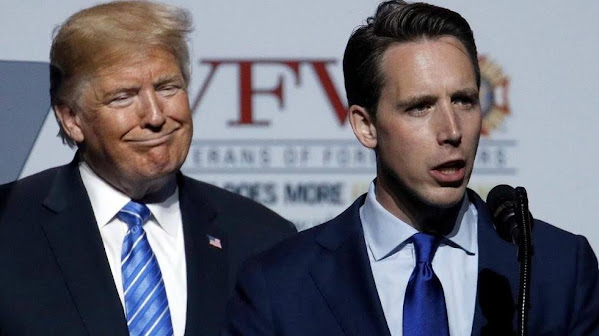 Every denizen of social media gets silly notes from time to time . . . A responsible person ignores these messages that are mostly just trolling.

Sadly, KC's biggest daily newspaper shares their platform with crackpots who continue to live in the past whilst sharing conspiracy theories every bit as meritless as content from Alex Jones.

"Think about it, folks: Which authoritarian country does the NATO expansion most threaten? Which country directly interfered with the U.S. presidential election to ensure an authoritarian-loving candidate would be elected? And which Missouri senator is ambitiously aiming for the highest office in the United States?"

Blocking Finland, Sweden from NATO was Josh Hawley's 'Russia, if you're listening' moment