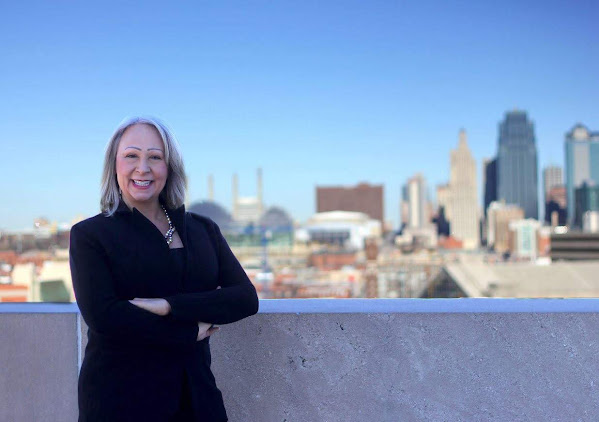 In her classic acerbic style . . . A departing Jackson County Legislator takes aim at the Missouri GOP and upcoming legislation that seems to be quickly falling part.

Found by way of the BEST & BRIGHTEST TKC READERS . . . Here's a worthwhile quote: 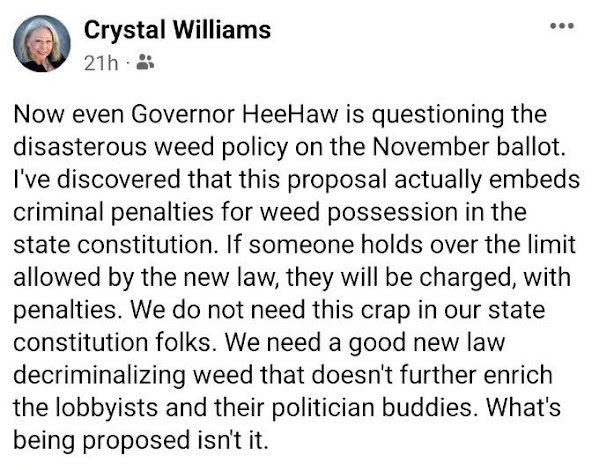 Here's a more measured glimpse at the legislation . . .

While recent survey data shows 62% of Missourians support marijuana legalization, deciding the fate of cannabis policy isn’t quite so simple. Indeed, some supporters of recreational marijuana may be the greatest threat to passage of the ballot initiative.

Some organizations and Facebook groups, which advocate for legalization, say they will vote “no” on the proposal. Disagreements around social equity, taxation, decriminalization and regulation are dividing pro-legalization groups.

With legalization supporters battling each other, the fate of the Nov. 8 election seems volatile.

Marijuana Supporters Spar Over Details Ahead of Missouri Legalization Vote

On Aug. 9, Missourians learned that recreational marijuana legalization will appear on the November ballot. Constitutional amendment 3 is a ballot initiative by Legal Missouri 2022. It promises to legalize marijuana usage by adults and expunge non-violent marijuana-related charges from criminal records.