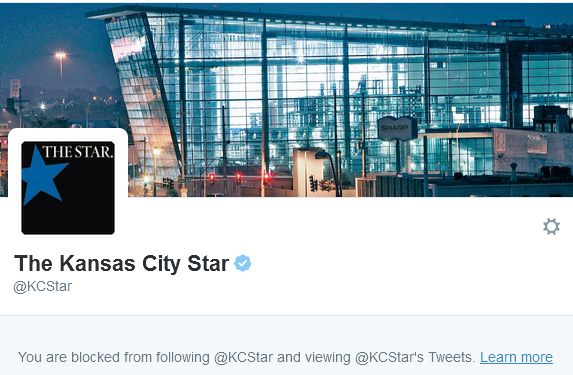 The Biz Journal claims this is an "exclusive" and new idea . . . But I'm pretty sure you d-bags have been talking about this for a half a year.

In more interesting new . . . The Privitera fam seems desperate to dump one of the worst-timed investments in modern Kansas City history.

The area in question sits just east of The Kansas City Star's former offices and printing press at 1601 McGee St. It covers almost 11.9 acres that house a number of commercial buildings and parking lots, stretching between Truman Road and 17th Street from north to south, and Oak Street to slightly past Cherry Street from west to east.

Rosana Privitera Biondo and Tony Privitera, who own the former Star building through Ambassador Hospitality LLC, said they have met with Royals executives to pitch the East Crossroads site. A group of city and economic development officials, including Mayor Quinton Lucas, also were presented the idea during a building tour in late May.

Privitera said his idea involves connections between a new baseball stadium and the old printing press building, which could be reimagined with a mix of uses as a Kansas City equivalent to Wrigleyville in Chicago.

Two well-known sites - the East Village and 18th & Vine District - have dominated speculation about where the Royals might put a downtown stadium. But a new area of Downtown has emerged and is being pitched as a potential player in the debate.