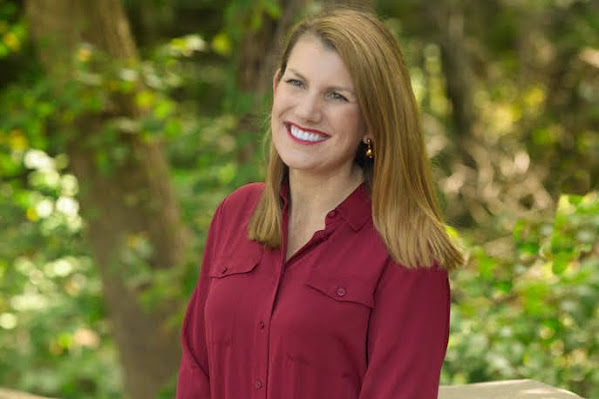 This morning we found a nice write-up of the JoCo GOP contender. We think it's important to feature something upbeat given the litany of content extolling the virtues of the incumbent.

In fact . . . Moms working is pretty much the standard for increasingly struggling middle-class families.

Small mistakes like this have continued to cost the GOP in their appeal to suburban women voters that have not almost completely crossed the aisle.

Nevertheless . . . Most of this report is complementary and deserves a quick peek . . .

According to Real Clear Politics, the district leans Republican. Amanda won the recent Republican primary in a landslide and now she’s running full-speed toward the general election. She’s working her way through the district, meeting voters and holding more than 50 “Ask Amanda” town hall events. "I am a businesswoman and entrepreneur. I know firsthand how to create jobs, and I’ve spent my career focusing on solutions, which is exactly what our country needs right now. I’ve released plans on amandaadkins.com for securing our border, lowering gas prices and moving America towards energy independence, and getting working mothers back into the workforce. My community - and our country - deserves real solutions, which is exactly what I will bring to Congress."

By Rebecca J. Horvath, Tennessee If you looked up the term "go-getter" in a dictionary, the definition might just be a picture of Amanda Adkins. This November, Amanda hopes to add "Congresswoman" to her already long list of accomplishments. She's running in Kansas's 3rd congressional district, trying to unseat incumbent Rep.