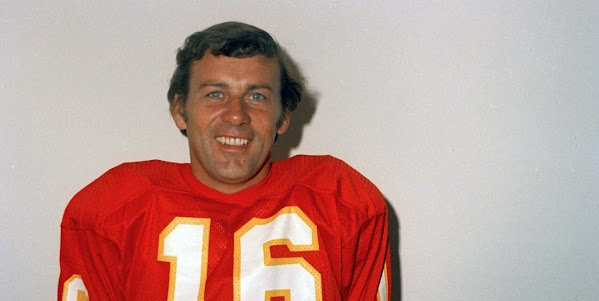 The TV station that broadcast the hall of famer has the deets . . .

"KMBC can confirm reports about the Hall of Fame quarterback being in hospice care are true. KMBC spoke with his wife, Linda, who is asking for privacy and of course, prayers."

YOU MAY HAVE SEEN REPORTS ON SOCIAL MEDIA OVER THE PAST COUPLE OF HOURS ABOUT LEN DAWSON. WELL, WE CAN CONFIRM TONIGHT THAT THOSE REPORTS ABOUT THE HALL OF FAME QUARTERBACK BEING IN HOSPICE. CARE ARE TRUE.

KANSAS CITY, Mo. - Kansas City Chiefs legend and Pro Football Hall of Famer Len Dawson is in hospice care, a family member confirmed with FOX4 Friday. The 87-year-old joined the Dallas Texans in 1962 and followed the franchise to Kansas City, where he led the renamed Chiefs to a championship in Super Bowl IV.