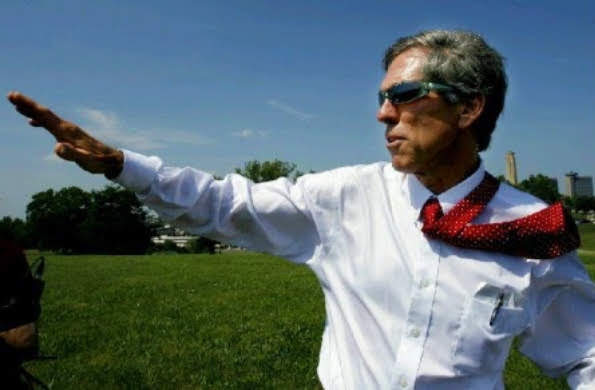 Kansas City could repave every mile of pavement in the entire City (315 miles @ 1 Million per mile-see Google) for less money than the City's superfluous 3.5-mile Streetcar extension is costing taxpayers ($351 Million)!

Mayor Lucas and the KC Streetcar Authority took something that was more than enough (the 2-mile Downtown streetcar line), and cheapened it by extending it to the Plaza without the approval of Citywide voters. And, to add insult to injury, streetcar supporters have raised the idea of further extending this $100 million per mile (in traffic) transit system of yesteryear to the stadiums and across the river!!   We need rapid trains-not slow trolleys-to move people around the City.  The Petition proposes a multimodal train system (the Airport Monorail & the Central City "Ultra Light Rail" ) that operates faster in right-of-ways separated from traffic. And, @ $50 Million per mile and @ $20 Million respectively, these two quick, quiet and clean modern rail systems are far more valuable for the tax dollar than a network of slow-moving streetcars of yore. You could build a system of "Ultra Light Rail" for the cost of one line of streetcars. This kind of urban planning nonsense is holding Kansas City back. That's exactly why Kansas City needs a hands-on working man (experienced engineer) at the helm, and not a hands-off non-working man (Lawyer).

In the race for Mayor, Attorney Lucas will have to defend why he has pushed for extending a superfluous streetcar for tourists, while not supporting Clay Chastain's Petition Initiative that not only modernizes transit across the City, but also emphasizes vast transportation improvements across the eastside.