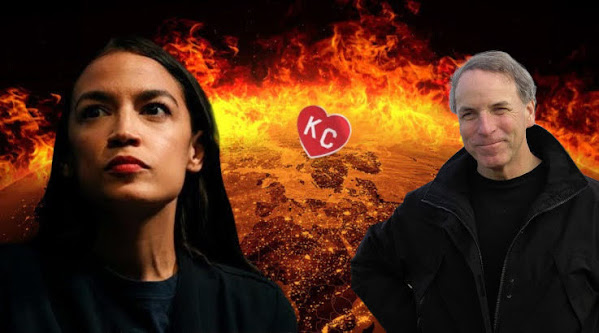 Credit to Kansas City's greatest conservative author for crunching the numbers and showing us that new KCMO climate rules, of course, will make life even worse for po'folk.

Basic economics have shown us that the cost of increased regulation is ALWAYS passed along to consumers. Therefore . . . We can expect higher prices in the immediate aftermath this latest, local environmentalist action.

Again, as always, the only bright side here is that AOC tells us we'll only have to endure this horrific inflationary death spiral for another 12 years.

In the name of “environmental justice,” they could be condemning their constituents to a future with no more relief from the summer heat than there had been in 1936 – less, actually, as the city parks are no longer the sanctuary they once were.

In Kansas City today, almost as many people have air conditioning as have cable TV. Even in a relatively cool cycle, Kansas City is hot in the summer. No one will want to give his or her AC up.

If the city is to meet its goals, however, the least affluent residents may have to, as the price of energy will definitely go up. The bolder the “intersectional climate action,” the more expensive the energy.

At least some of the coalition members will be surprised.

In 1936, Kansas City endured 53 days with temperatures 100 degrees or above. The high temperature that summer was 113 degrees. Had the city council of Kansas City, Missouri, passed a Climate Protection & Resiliency Plan (CPRP) in 1936, one could understand their motivation. There was a climate crisis.