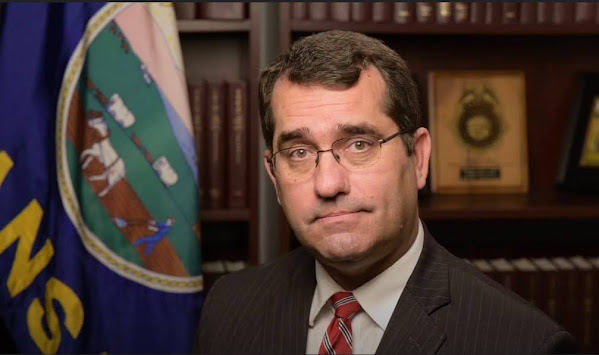 The Kansas AG seems to be very smart, thoughtful and even-tempered . . . Which makes him HORRIBLE for politics.

There's a faction of Kansas Republicans filling the Internets with really nasty personal insults and horrific comments about their political opposition in an effort to bolster the "red wave" that everyone expects in the midterms . . . The same tactics are true on the other side -- It's just that right-wing trolling is slightly more fun and doesn't include people crying whilst they're performing it like an unfulfilled married woman during the "Saturday night run-through" in some tacky suburban McMansion.

The point here is that even the most strident GOP would be lying if they said they were excited about AG Derek Schmidt . . . And it shows.

The politico is following the GOP playbook and working to crack down against enduring mask mandates.

Here's the latest in a headline that was otherwise buried & ignored by MSM . . .

"In a brief filed Monday in the U.S. Court of Appeals for the 11th Circuit, Kansas Attorney General Derek Schmidt, along with 21 other state attorneys general and the solicitor general of Iowa, argued that the Centers for Disease Control and Prevention lacked authority to impose the mask mandate. In addition, the states argue the mandate is invalid because it failed to go through notice and comment procedures, is arbitrary and capricious and violated the agency’s own regulations."