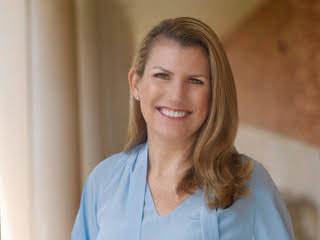 Election night postscript from this competitive contest for Congress . . .

OVERLAND PARK, Kan. – Amanda Adkins, candidate for Congress, accepted the Republican nomination for Kansas’ 3rd District in a speech to a packed room of supporters on Tuesday night.

“I’m honored to have so many great supporters in this room tonight. I’m going to tell you, this looks like a room full of winners,” said Adkins.

In her General Election kickoff speech, Adkins reiterated the question she has been asking voters throughout the District since launching her campaign for Congress.

With record-high inflation and an emerging recession, unaffordable gas and grocery prices, and a continued crisis at our Southern border, the answer for KS-03 voters is clear: we are NOT better off under the failed leadership of Sharice Davids and Joe Biden. “We know families, individuals, and businesses are suffering in this District,” she added.

Adkins’ decisive win marks the largest margin of victory in a contested Republican primary for KS-03 since 2008.

Adkins has raised over $2.2 million in her bid for Congress, and, unlike the incumbent, the majority of Adkins’ donations have come from Kansans. Leader McCarthy named Adkins to the top level of the NRCC Young Guns program in November of 2021, classifying her as one of the top eight Republican challengers in the country. Adkins has also received endorsements during her primary campaign from Whip Steve Scalise, Chairwoman Elise Stefanik, the Congressional Leadership Fund, former 70th Secretary of State Mike Pompeo, the entire Kansas Republican Congressional delegation, VIEWPAC, Winning for Women, and many local leaders.

The race has been rated “Lean Republican” by Real Clear Politics, and FiveThirtyEight projects Adkins to win in November.
###