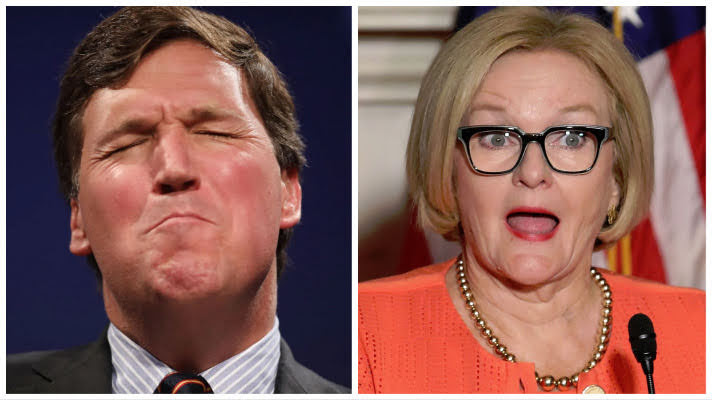 The top conservative talker in the U.S. recently sparked a a tidal wave of reaction with his racially charged rant last night.

Our favorite part was a quote regarding a Missouri politico who now works as an MSNBC pundit . . .

"Here's Clarie McCaskill, some kind of washed up Democratic politician; one of the dumbest senators ever to serve in the body . . ."

That's kinda harsh but still articulate compared to a lot of the criticism we've seen.

As for the rant . . . It's basic Latinos Vs. Black people racial pandering that we've seen before . . .

Fact is, as far as we can tell in Kansas City . . . Black people & Latinos typically don't kill each other because, if stats are to be believed, we'd much rather kill our friends, domestic partners & relatives.

Moreover . . . For the most part, unless there's a political angle . . . NOBODY CARES about urban violence amongst "people of color" unless there's some kind of provocative spin.

Of course we must take Tucker with a grain of salt but acknowledge that he's doing his very best to draw attention to worsening American urban violence that has been mostly ignored by our progressive friends who mistakenly believe that gun control will fix everything.

Take a peek via www.TonysKansasCity.com link/embed . . .