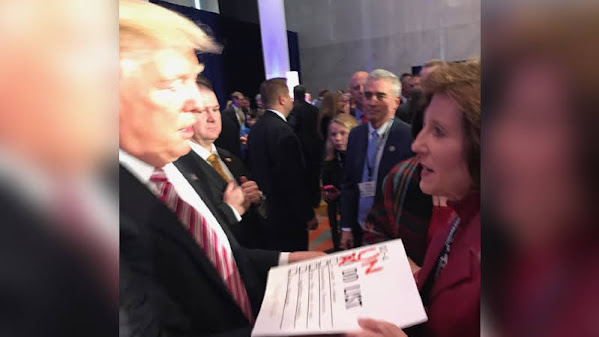 Here's a not so controversial premise that we think deserves consideration . . .

If he did . . . Congressman Billy Long, the most MAGA of all the contenders, wouldn't be polling in the single-digits.

The whole endorsement game has always been overstated . . . If anything, Prez Trump is smartly playing the media and the silly Summer news cycle.

By now most news readers have seen this already . . . But here's context for this post . . .

Trump posted on Truth Social Friday night that he will not be endorsing Hartzler for the position.

“You can forget about Vicky Hartzler for Senate from the Great State of Missouri,” Trump said. “I was anything but positive in that I don’t think she has what it takes to take on the Radical Left Democrats, together with their partner in the destruction of our Country, the Fake News Media and, of course, the deceptive & foolish RINOS.”

This would be more impressive if anybody read "Truth social" . . . And whatever happened to Parler?!?

Trump rules out endorsing Hartzler in GOP primary in Missouri

KANSAS CITY, Mo. (KCTV) --- Former President Donald Trump has not made an endorsement yet in the Republican Party's primary in the 2022 U.S. Senate race in Missouri. But he did rule out endorsing one candidate: current U.S. House Rep. Vicky Hartzler.