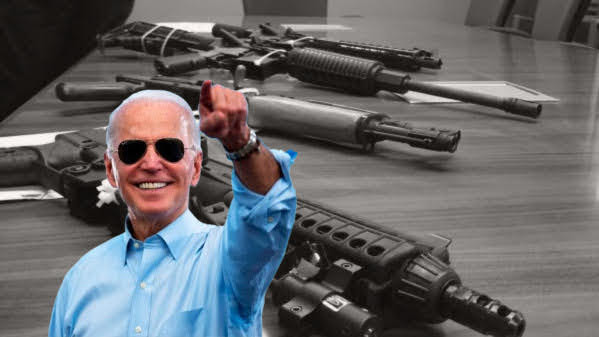 This tidbit serves to provide ammo for anti-gun activists who push against so-called 'weapons of war' on city streets.

Of course the language is loaded despite many blanks in this developing story . . .

Court documents filed Wednesday in Jackson County Circuit Court say the rifle was sitting in plain view on the passenger side seat of a gray sedan belonging to Joshua T. Rocha, 24, who had just turned himself in at a Clay County government building. Rocha was charged Wednesday with first-degree murder in the death of North Kansas City Officer Daniel Vasquez.

Authorities have thus far declined to say what type of weapon they believe was used in the shooting, which was captured on Vasquez’s surveillance dashboard camera and described by the alleged shooter during a police interview.

As Kansas City police investigated the killing of a 32-year-old police officer who was shot during a traffic stop Tuesday, a detective on the case described a weapon found in vehicle of the alleged shooter as an assault style rifle.