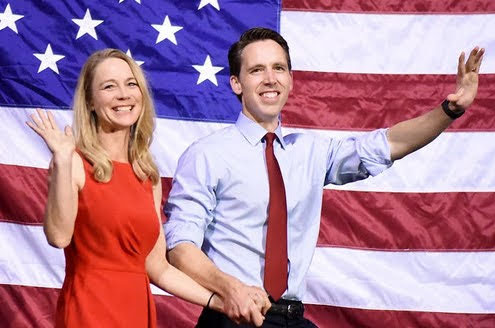 What might be more telling is the complete lack of compassion that both sides have for one another:

In the exchange, Hawley repeatedly tries to talk over Pressley, while playing word games about the definition of "abortion," — she tries to argue that terminating an ectopic pregnancy is not an abortion. At one point, Pressley says to Hawley, "It seems there is a deficit in your understanding of reproductive health," and cites ACOG (The American College of Obstetricians and Gynecologists), which states that the "treatment for ectopic pregnancy requires ending a non-viable pregnancy." Hawley pipes up again, arguing, "That's not an abortion because it does not have the intent to end the life of a child . . ."

On June 13, the House of Representatives Committee on Oversight and Reform held a hearing titled, "The Impact of the Supreme Court's Dobbs Decision on Abortion Rights and Access Across the United States." Towards the end of this hearing, there was a rather infuriating exchange between US Congressperson from Massachusetts, Ayanna Pressley, and Erin Morrow...

Rep. Ayanna Pressley, D-Mass., on Wednesday tore into anti-abortion activist Erin Hawley, the wife of Sen. Josh Hawley, R-Mo., for tiptoeing around the exact meaning of "abortion," telling her that there was "a deficit in [her] understanding" of reproductive care.