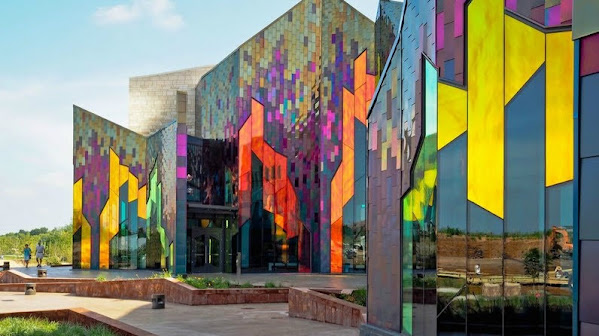 We want all shopping malls to survive if only because it's the only reliable place to cool off whilst pretending to spend money.

Here's a quick quote on cash probs for a shopping mall in an exceptionally nice part of town and money trouble endured by retail even without the threat of protest, riots & looting . . . Apparently, Amazon is more destructive than social justice crusaders . . . Check-it . . .

"UMB Bank has scheduled July 22 as the date to pay $286,465 in bond interest, on which Prairiefire previously had defaulted, with a special record date set for Monday, according to a June 30 event notice . . .

"The bank is trustee for $14 million in community improvement district (CID) revenue bonds issued by Overland Park in 2012 to help finance Prairiefire through sale tax revenues generated at the development.

"Auditors with the Kansas Legislature said in January that Prairiefire is "in danger of default" on its STAR bond obligations, with an assessment that the development might not generate enough sales taxes to retire the bonds until 2046 or 2104, rather than by their expiration in 2032 . . ."

As #Prairiefire heads into its home stretch, its trustee on $14 million in CID bonds issued by Overland Park has set a date to pay outstanding interest, some of which has been owed on the development for more than two years.