Newsflash: Kansas Guv Kelly Gave Away Store To Panasonic With Nothing Guaranteed 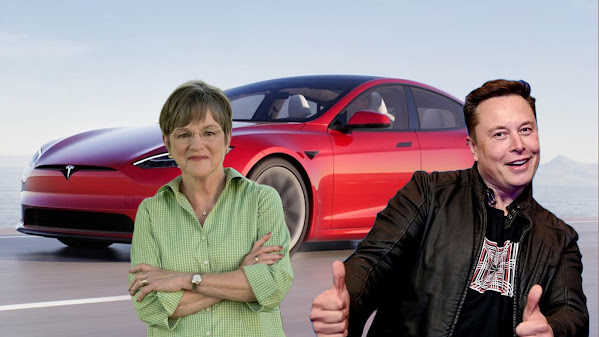 Earlier this month some of the most KICK-ASS denizens of our blog community forwarded a note warning that the Panasonic deal was a "total mess" and might not be worth celebrating.

In much the same way that Elon quickly went from billionaire fighter for free speech to B.S. artist who only pulls out of biz deals and not employees . . . So the Kansas deal earns more scrutiny from JOURNALIST weeks after our blog community called it out.

Kansas Gov. Laura Kelly said the investment was the largest in state history. And if Panasonic were to hire 4,000 workers, it would become one of the largest employers in the Kansas City metro area.

But that’s a big if.

The state’s agreement with Panasonic doesn’t require the company to create 4,000 jobs — or any jobs at all. Nor does it create minimum wage or salary standards for the firm — a crucial component of many economic development packages.

Read more via www.TonysKansasCity.com link to a story that's not really so shocking after all . . .

'Shocking.' Kansas secures no jobs or pay commitments in Panasonic's $4B battery plant

There's no question that the numbers were significant when Panasonic announced it would invest some $4 billion and create 4,000 jobs at a new battery plant in De Soto. Kansas Gov. Laura Kelly said the investment was the largest in state history.