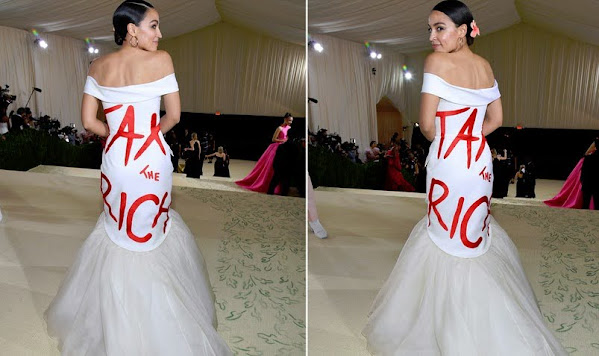 In the Midwest . . . Any victory over AOC is worth a bit of song and dance.

This week's ditty as the right-wing band plays on whilst the sky falls . . .

In Kansas, Attorney General Derek Schmidt, a Republican candidate for Governor, celebrated the decision in West Virginia v. EPA as necessary to stop the advancement of policies in the “Green New Deal without approval from the people’s elected representatives.”

“Today’s ruling confirms that unelected Washington bureaucrats cannot write federal law to fit their preferences for energy production and the American economy without congressional authority,” Schmidt said. “More broadly, this ruling is a victory for basic principles of democratic self-government and may one day be seen as a turning point in the decades-long fight to regain control over the ever-expanding federal bureaucracy.”