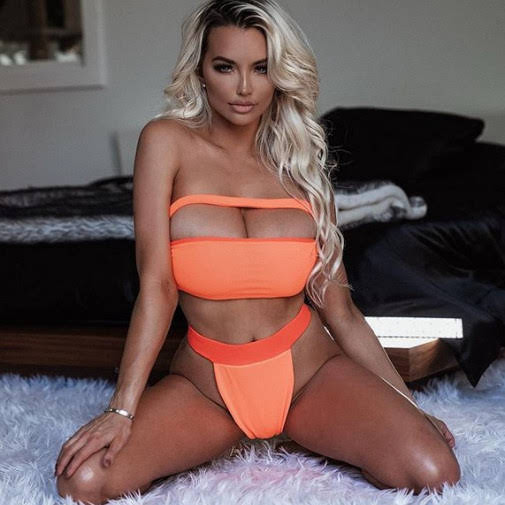 KANSAS CITY, Mo. - Two firefighters were treated after responding to two houses impacted by flames overnight. Emergency crews were called to the 5300 block of Crest Drive in Kansas City, Kansas, just after 2:00 a.m. Crews initially battled smoke and flames from a home, that quickly spread to a neighboring home.

KANSAS CITY, Mo. - A COVID-19 surge strikes the Kansas City area again. This time around, masks are back inside of Jackson County owned buildings. "I think it's the best thing going, because this stuff is still out there, so we have to protect ourselves," Patrick Webb said.

Who are the candidates running for chairperson of the Johnson County Commission?

We asked all four candidates about transparency, public health, county services and the budget. Here’s what they said.

Months-long project to begin on I-435 in Johnson County

OVERLAND PARK, Kan. - Road crews set their sights on improving a busy stretch of metro highway, and work won't be completed until late fall. The Kansas Department of Transportation warns crews will be working on eastbound and westbound Interstate 435 from Metcalf Avenue to State Line Road.

KANSAS CITY, Mo. - There's a new farm in Kansas City, Missouri, but it's not where many might think. Shady Frase Farm is near Swope Park off of Bales Avenue. Its free to visit and it's doing some good in the neighborhood. Under the comfort of billowing trees, you can find Jeff Frase and all of his animals.

Lindsey Pelas Basks Off The Amalfi Coast in Italy

Lindsey Pelas Basks Off The Amalfi Coast in Italy

Amid concerns about Biden's age in 2024, lawmakers say voters should judge president on performance

Several Republican and Democrat lawmakers told Fox News Digital they don't think President Biden's age is a big deal ahead of the 2024 presidential election, even amid persistent questions on if he is too old. The lawmakers differed greatly on their assessments of the merits of Biden's presidency.

BEIJING, July 19 (Reuters) - China's government warned on Tuesday it would take "forceful measures" if U.S. House of Representatives Speaker Nancy Pelosi visited Taiwan, after the Financial Times said she would go to the Chinese-claimed island next month. Pelosi and her delegation will also visit Indonesia, Japan, Malaysia and Singapore, and spend time in Hawaii at the headquarters of U.S.

The Pulitzer Prize board on Monday rejected requests from former President Trump to revoke national reporting awards given to The Washington Post and The New York Times. Trump had repeatedly asked the board to rescind the 2018 Pulitzer Prizes in National Reporting, which were awarded to the staffs of the two outlets for their reporting...

This analysis is not just anecdotal. In a series of surveys we have conducted of the American public over the past several years, we show that these latest rulings put the Court squarely at odds with public opinion. Our SCOTUSPoll research relies on asking ordinary Americans about their own views on the issues heard by the Court.

Democrats have no appetite to punish Joe Manchin

Angry Senate Democrats have to decide what to do about Sen. Joe Manchin (D-W.Va.) after he blew up President Biden's tax reform and climate agenda last week, prompting calls for the maverick senator to lose his committee chairmanship and get kicked out of the party. Democratic senators are under pressure to punish Manchin after he...

House to vote Tuesday on bill to protect same-sex marriages

The House is set to vote on a bill Tuesday that would codify same-sex marriage into federal law -- the move coming in the wake of the Supreme Court's decision to overturn Roe v. Wade last month, after which Justice Clarence Thomas announced the court should "reconsider" its past rulings on rights to contraception access, same-sex relationships and same-sex marriage.

f the Democrats hope to avoid disaster in this November's elections, they need to do a far better job making their case to working-class voters. Many blue-collar Americans are understandably upset about inflation, but it's less understandable that they give higher marks on the economy to Republicans than to Democrats, considering that President Biden and the Democrats have done far more to boost the economy and help workers.

Liberal Panic Could Help Trump Steal the Next Election

Amidst a spate of controversial rulings on topics ranging from abortion to gun rights to environmental regulation, the Supreme Court last month agreed to hear Moore v. Harper , a case that could radically upend election law in the United States, after they reconvene for their October term.


In Defense Of The Internets

Congressional Democrats are preparing to relaunch their fight to restore net neutrality, according to a new report from The Washington Post on Monday. Lawmakers in both the House and Senate are expected to introduce a new bill codifying the Obama-era internet rules in the coming weeks.

The media's new anti-Biden twist: Democrats are jockeying to challenge him

The media campaign against President Biden - a concerted effort to knock him out of contention for 2024 by declaring he can't win - has reached a new phase. Now the argument is morphing into a claim that if Biden continues to insist on a reelection bid, he'll be challenged by one or more dissident Democrats.

"Think about it: For the first time in generations, the United States Supreme Court - the highest court of our land; the former court of Thurgood Marshall - took away a constitutional right, that had been recognized, from the people of America, from the women of America," Harris said.

The Blue Angels, the US Navy's elite flight demonstration squadron, has selected the first female fighter jet demonstration pilot for their upcoming season.

Art Laffer pushes back on ex-Obama adviser downplaying recession fears: 'I see nothing good on the horizon'

Former Reagan economic adviser Art Laffer warned he does not see anything good on the "horizon" for the U.S. economy as Americans continue to grapple with rampant inflation. Laffer joined "The Faulkner Focus" on Monday to discuss why he believes the U.S.

The White House denied on Monday that it was deploying a double standard when it comes to gasoline prices. Jared Bernstein, a senior economic adviser, was asked during the White House press conference whether it was fair for administration officials to take credit for decreasing gasoline prices after spending months blaming Russia for their rise.

Cryptoverse: Holding your breath for a bitcoin bounce

July 19 (Reuters) - If you're waiting for a bitcoin recovery, you may have to sweat it out for months. That's the conclusion of some technical specialists seeking method from the madness. Bitcoin's slide since May, swamped by economic angst, has knocked it below its 200-week moving average, at around $22,600, as well as its 200-day moving average around $35,500.

Authorities identified the three victims killed in an Indiana mall shooting Sunday, their disturbed killer and the hero bystander who shot him dead - and likely saved countless others from being gunned down.


Brits Sweat It Out

UK breaks its record for highest temperature as heat builds

LONDON (AP) - Britain shattered its record for highest temperature ever registered Tuesday, with a provisional reading of 39.1 degrees Celsius (102.4 degrees Fahrenheit), according to the country's weather office - and the heat was only expected to rise. The highest temperature previously recorded in Britain was 38.7 C (101.7 F), a record set in 2019.

Russia told a militia to prioritize destroying Western weapons in Ukraine, the latest sign it's threatened by how they're boosting Ukraine

Russia wants Ukraine's long-range missiles destroyed as it seeks further gains in the Donbas. Russia's defense minister told a militia to target weapons given to Ukraine by the West. The long-range weapons have given Ukraine's effort a boost, and Russia appears increasingly threatened.


Up Ur Nose With The Vaxx

Nasal vaccines may stop Covid infections. Will we get them soon?

In the early days of the pandemic, the federal government launched Operation Warp Speed, the public-private initiative aimed in part at speeding up the development of vaccines. It proved to be a success, bringing the first Covid vaccines to the market in about 9 months, an unheard-of time frame for a process that normally takes years or even decades.

This mom didn't win breast dressed. A British woman shared her disastrous experience of her plunging cleavage stealing the show at her son's seventh birthday last month - and the hate she's received because of it. Raquel Dicuru - a 37-year-old mother from Kent - played hostess for her son's b-day bash and noticed that her chest was unintentionally put on display.


Heat Comes To K For A Change

KANSAS CITY, Mo. (KCTV) - As some 80s rock legends put on a show at Kauffman Stadium on Tuesday night, organizers say they will be prepared for extreme heat and feels-like temperatures in the triple digits. The Royals' stadium is playing host to Def Leppard, Motley Crue and Joan Jett & The Blackhearts, as the Kansas City metro falls under a heat advisory Tuesday.

KANSAS CITY, Mo. (KWCH) - The Kansas City, Mo. Police Department is making sure its K-9s stay cool as the heat rises. The police department said all of its K-9 vehicles are equipped with heat alarms. The system monitors the inside temperature on both sides of the vehicle.

Having trouble sleeping? You're not alone.

Tamicka Monson was 7 years old when she first noticed sleep problems. Monson, now in her early 30s, is among nearly 70 million people nationwide with one or more sleep disorders. A few years ago, she was diagnosed with three. Growing up, access to mental health and overall health resources was limited for Monson.

Tuesday will feel like it's over 100 degrees outside in KC

Hide Transcript Show Transcript IT'S A LOT OF STAIRS THERE. THAT'S AND YEAH GOOD CHOICES STICK TO THE WEATHER THERE NICK A SUNNY AND HOT THIS AFTERNOON. THAT'S GONNA BE THE BIG IMPACT FOR TODAY AND WE HAVE HOTTER DAYS AHEAD ON THE FIRST ALERT NINE DAY FORECAST 99 AT KCI.

Post Malone - I Like You (A Happier Song) w. Doja Cat is the song of the day and this is the OPEN THREAD for right now.