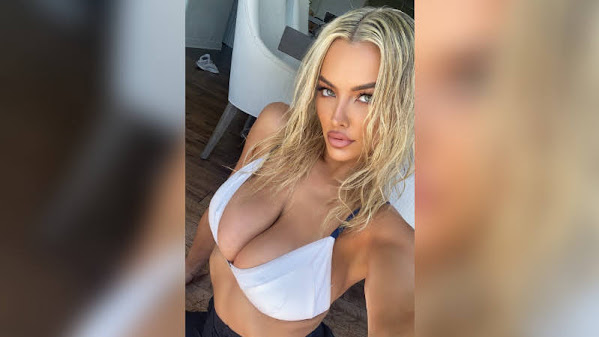 We're just taking a quick peek right now because there's other stuff we want to cover.

A few weeks ago, Kevin Morby took to Twitter to ask, "If enough people like this tweet will the [Kansas City Royals] please let me throw out the first pitch?" The team was on board, replying, "1,738 likes and it's a deal."

KANSAS CITY, Mo. - The City of Olathe and Bird, an electronic scooter company, have collaborated to bring shared e-scooters to Olathe. Nearly 50 Bird scooters across 10-15 Olathe locations will be deployed July 18, and up to 200 could be deployed depending on demand. Scooters are available through Bird's mobile app.

TOPEKA - Paul Mimms said he wants to honor veterans who lost their vision in battle or when they returned home. Mimms, the vice president of the National Blinded Veterans Association, touted a new Veterans Affairs outpatient Clinic in Kansas City for doing just that, providing dedicated services.

KANSAS CITY, Mo. - The supply chain crisis is believed to be causing period products to be in short supply while costs to make these products keep trickling on up. Giving Hope and Help focuses on ending period poverty and are noticing more people seeking out their service.

He fills up arena after arena, year after year, and now, a legendary recording artist is planning a stop on tour in Kansas City.Bruce Springsteen and The E Street Band announced a stop at Kansas City, Missouri's, T-Mobile Center as part of the upcoming 2023 international tour.So far 31 performances are scheduled across the United States.


The World According To Lindsey

I'm a Playboy model - there's a stigma to being sexy, I'm more than my body

GLAMOUR model and former Playboy girl Lindsey Pelas is sexy - and she's not hiding it. But the 31-year-old blonde bombshell tells The Sun that being so unapologetically hot means people often mistake her for being dumb or mean - and not only are they wrong, but they're being manipulated into thinking that.

We told you about this on Friday night and then over the weekend, we put it into some context. So, we will summarize the story for you once more. Last summer, a group of American intelligence analysts working for the U.S. government issued a report on the origins of COVID.

The Republican Party is plainly still struggling to deal with Trump more than seven years since he launched his first presidential campaign and nearly 18 months since he left office. GOP leaders need his loyal voters to win general elections this fall, but they do not want their incumbents or candidates talking about Trump - just about how unpopular Biden is and how high inflation is on his watch.

There's one tiny sliver of hope for Joe Biden in a devastating new poll that flags rising concerns over the President's age and performance and shows even most Democrats want another candidate in 2024. He could still beat Donald Trump.


Death From Above Redux

A top leader of the Islamic State terrorist group in Syria, Maher al-Agal, was killed in a U.S. airstrike early Tuesday, the United States military will announce, NBC News has learned. Maher al-Agal was one of the top four ISIS leaders overall, according to a spokesman for the U.S.

A basic safety measure can protect children and teachers from shootings, but thousands of schools don't use it

Before Columbine, when security concerns in classrooms were more focused on preventing burglaries than shootings, schools were usually designed with doors that could only be locked with a key from the outside. After the massacre - in which the shooters were only able to access classrooms that were unlocked - schools across the United States began installing specialized classroom security locks, sometimes referred to as "Columbine" locks.

Jeff poses for a photo on the couch, making sure that the camera gets his good side. // Courtesy Eric Fain Jeff is only five years old, but he already has over 40,000 followers on TikTok. The English Mastiff is beloved across the city for being a gentle giant-especially with his three feline siblings: Teddy, Milly, and Foot-Foot.


Slice Of Life Debuts In The Burbs

Warm, but not as humid for your Tuesday

Hide Transcript Show Transcript OF WIND. JUST HELPING HAND FIRST ALERT LIVE RAIN OR THIS MORNING A SCATTERED DOWNPOURS AND THUNDERSTORMS IS STILL GOING HERE. FROM PLEASANTON BUTLER OVER TO CLINTON TRUMAN LAKE WARSAW COLE CAMP ALL THE WAY DOWN TO LAKE OF THE OZARKS, YOU KNOW SEVERE WEATHER EXPECTED THERE, BUT WE HAVE LIGHTNING SO ANY OUTDOOR ACTIVITIES THIS MORNING NEED TO BE AWARE OF THAT.

Lucius - Dance Around It is the song of the day and this is the OPEN THREAD for right now.