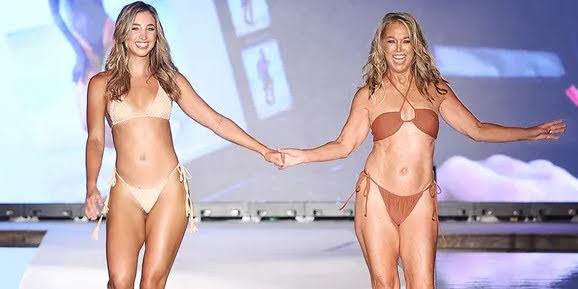 Right now we check in with old school hottie Denise as she ushers in the new era of fitness and we check pop culture, community news and top headlines.

With another wave of heat arriving this week, Kansas City is reminding residents to take advantage of the cool options available to find comfort while safely taking shelter. The City's 10 community centers will serve as cooling centers during normal business hours.

INDEPENDENCE, Mo. - City staff members who pad their pensions by working overtime are costing taxpayers in Independence potentially "tens of millions" of dollars. Dan Nelson, hired by Independence to investigate overtime within the police department , found the city has a widespread problem of unregulated overtime.

Communities of color in Kansas and Missouri face a far higher burden of medical debt than white people in those states and people of color in many other states. Plus, we hear another Kansas City woman share her abortion story.

Kansas City Museum strives to be 'home of the whole story'

KANSAS CITY, Mo. - The Kansas City Museum's doors are open again, after a long wait. "We were closed for about 3.5-4 years. And the work started back in 2017," Paul Gutierrez, the museum's director of visitor experience and public programming, said. The first floor evokes a long-gone era from the family that lived in the museum's home.

Dorri Partain Contributor Clay brick is a durable and fireproof building material that has been used to build permanent structures for centuries. Ancient Romans used bricks to build the roads to extend their empire northward, and following the Great Fire of London in 1666, brick was chosen for rebuilding due to its fire resistant properties.

Fitness Icon Denise Austin Stuns In Bikini At Runway Show With Daughter, 'Me At 65!'

Zach Wilson is gonna love this. 65-year-old fitness legend Denise Austin showed off her incredible physique while strutting the runway alongside her daughter at Miami Swim Week ... throwing on a bikini and absolutely crushing it!! The workout video icon walked alongside 29-year-old Katie -- a Sports Illustrated Swimsuit rookie -- over the weekend ...

Joe Biden says he has cancer in possible gaffe

President Biden said Wednesday that he has cancer - making either a gaffe or a stunningly casual health announcement - during a speech about global warming in Massachusetts. Biden was describing the health effects of emissions from oil refineries near his childhood home in Claymont, Del.


MAGA Minutes On The Record

Jan. 6 committee has outtakes of Trump's message to supporters day after riot

The House select committee investigating the insurrection has in its possession video outtakes of then-President Donald Trump's message to his supporters on January 7, 2021, the day after the riot at the US Capitol.

Joe Biden has cautioned against the reported trip to Taiwan next month by the House speaker, Nancy Pelosi, saying the US military had assessed "it is not a good idea right now". The Financial Times reported earlier this week that Pelosi would lead a delegation to Taiwan in August to show support for the democratically ruled island, which Beijing claims is a breakaway province.

The legislation includes both Democratic and Republican priorities: It expunges federal cannabis-related records and creates funding for law enforcement departments to fight illegal cannabis cultivation. It also establishes grant programs for small business owners entering the industry who are from communities disproportionately hurt by past drug laws, requires the Department of Transportation to research and develop a nationwide standard for marijuana-impaired driving, and restricts the marketing of cannabis to minors.

Russia has resumed pumping gas to Europe through its biggest pipeline after warnings it could curb or halt supplies altogether. The Nord Stream 1 pipeline restarted following a 10-day maintenance break but at a reduced level. On Wednesday, the European Commission urged countries to cut gas use by 15% over the next seven months in case Russia switched off Europe's supply.

Why it feels like practically everyone has COVID right now

(NEXSTAR) - If you're stuck at home with COVID-19 right now, you're far from alone. The U.S. is undergoing another major surge in coronavirus cases, driven by two new types of the omicron variant.

While Boston Dynamics show off their robot's dance moves, others turn similar-looking devices into dystopian killing machines. Much like their flesh-made cousins, robot dogs do not lack attention on the internet. Many have seen the footage of Spot, a high-tech quadruped developed by the US-based company Boston Dynamics, flaunting its dance moves.

Ivana and Donald Trump's three children - Donald Jr., Ivanka and Eric - stood with their father and their families as the gold-toned casket was carried from the church. Eric Trump briefly put an arm around his sister's shoulders as she held the hand of one of her small children, who clutched a red flower.

More than 100 million Americans under heat warnings as country swelters

A sprawling heat dome is bringing temperatures of up to 110°F, or possibly higher, to a broad swath of the U.S. on Wednesday, with more than 100 million under heat warnings and advisories. Driving the news: The extreme heat will be most intense in the southern Plains and lower Mississippi Valley, but the big cities of the Northeast will swelter as well.

Royals have 16th-highest cost for a family to attend a game, according to a study

The Royals are well on their way to a seventh-consecutive losing season and have the third-most losses in baseball since 2018. But a drop in the standings hasn't led to a drop in costs to attend a game, according to an article by The Hustle examining rising entertainment costs.

The Kansas City Chiefs' playoff thriller against the Buffalo Bills snagged the best game award in this year's ESPYs.It is for the team's epic comeback against the Bills in the AFC Divisional game.The Bills lost to the Chiefs in overtime after an insane 13-second drive by Kansas City to tie the game.

FIRST LOOK INSIDE: When the once-abandoned spaces re-open later this year near the 18th and Vine District, the renovated former city buildings are expected to be home to KC's first Black-owned brewery, Vine Street Brewing, The Prospect KC Urban Eatery, a digital marketing agency, art gallery, tattoo artist's studio and offices for the developers behind the project.

Mexican soda flight at Café Ollama. // Photo by Tyler Shane Café Ollama serves Mexican Soda flights Coffee flights have taken the Kansas City coffee scene by storm as more coffee shops serve their own miniature sets of specialty drinks. Café Ollama, a Latin coffee shop located in the Crossroads Arts District, was one of the first to offer the...

The heat will build back in on Thursday

Toad The Wet Sprocket - All I Want is the #TBT song of the day and this is the OPEN THREAD for right now.