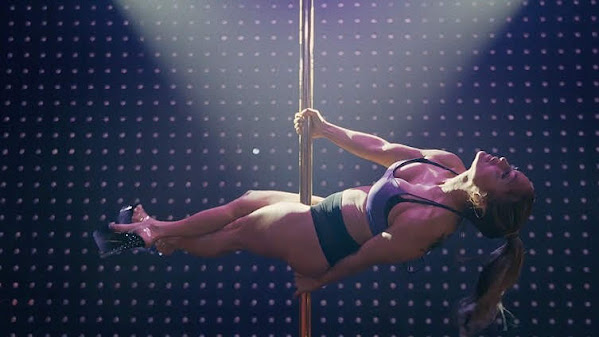 Right now we give props to J.Lo working the pole well in her 50s as we take a peek pop culture, community news and top headlines.

The University of Kansas Cancer Center landed a "comprehensive" designation from the federal government on Thursday, promising added prestige and millions in new funding. The comprehensive cancer center designation from the National Cancer Institute comes with nearly $14 million in new research funding and will make way for more research grants for the center, along with increased visibility and status that could draw more patients and funding.

KANSAS CITY, Mo. - The Missouri Department of Health and Senior Services has been notified of a Missouri resident with a laboratory-confirmed infection of Naegleria fowleri. Naegleria fowleri, commonly known as "brain-eating amoeba," is a microscopic single-celled free-living ameba that can cause a rare life-threatening infection of the brain called primary amebic meningoencephalitis (PAM).


Already Ready For The Weekend

Ease into the dog days of summer with an assortment of weekend activities, from a ritzy evening at the Nelson-Atkins Museum of Art to the return of Crown Center's free WeekEnder music and movie series. Stay cool out there. 5 - 10 p.m.

KANSAS CITY, Mo. - A recent study ranked St. Louis barbecue as the top barbecue in the nation, edging out Kansas City in a surprise to locals. Kansas City Chiefs defensive tackle Khalen Saunders, who was born and raised in the St. Louis area, gave his opinion on the matter that sparked debate on social media.

Summer is in full swing, and boy, oh boy, is it hot outside! Lucky for us, Kansas City has quite a few options for cooling off in the sweltering heat. We're making it easy for you with a guide to Kansas City water activities. Looking for a rooftop pool with a view?

Jennifer Lopez Says It's the Summer of Booty

Get ready, folks, because it's about to be the summer of booty. So says Jennifer Lopez's Instagram tease-a short video of J.Lo showing off her own famous booty in a series of bikinis set to her song "Sexy Body," featuring Pitbull. Text over the video reads "Body" and then "JLo."

With friends like these, you can almost feel sorry for Biden. Almost.

Poor Joe Biden. You almost feel sorry for him. Almost. As bad as the president's policies have been - and make no mistake, they've been an unmitigated disaster - those demanded by many of his fellow Dems are far worse. Yet the activist base of his party simply won't stop screaming in his ear about them.

Hillicon Valley - Trump removed from his own media firm

Former President Trump and his son were kicked off the board of Trump's social media company weeks before the organization was subpoenaed by the Securities and Exchange Commission (SEC) and a grand jury in Manhattan. In other news, a trio of Democrats introduced two bicameral bills aimed at boosting media literacy skills for students and veterans...

Former Minneapolis police officer Derek Chauvin has been sentenced to 21 years in a federal prison for violating George Floyd's civil rights. Chauvin, who pleaded guilty in December, will also be required to pay restitution. During the sentencing, U.S.

In Photos: Spain Holds First Running Of The Bulls Since 2019-Leading To 6 Injuries

The Spanish city of Pamplona held the running of the bulls on Thursday for the first time since the start of the Covid-19 pandemic, injuring six people as thousands took to the streets to take part in the controversial tradition.


Down Under Hot Life Exposed

Robbie Makinen was told he would be forced out of his job at the end of June as president and CEO of the Kansas City Area Transportation Authority. But one week after the closed-door meeting at which his fate was to be decided, he still hasn't received official word on his status from his bosses on the KCATA board of commissioners.

Hide Transcript Show Transcript OUR NORTHWEST AND SEE WHAT COMES TO PLAY LATER TONIGHT. BETWEEN 8:00-11:00, THAT IS WHERE WILL YOU SEE THE STRONGEST THUNDERSTORM BEFORE THEY CAN CONGEAL. IT WON'T HAVE ALL OF THE INGREDIENTS BEFORE DAWN. LARGE HAIL CANNOT BE RULED OUT EITHER.