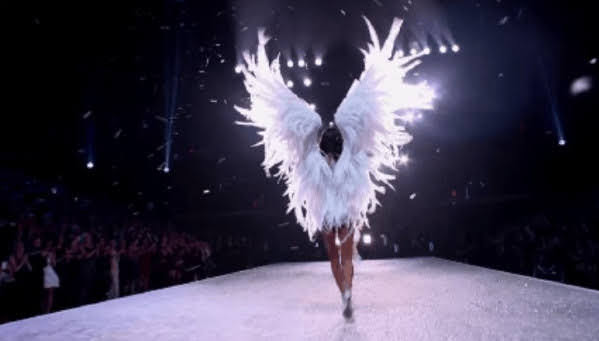 Right now the ongoing cultural fight for the angels and their panties inspires us to check pop culture, community news and top headlines.

The Folly Theater - "Jolly for the Folly" Garden Party

The spectacular Hyde Park home of Brian Williams was the site for the annual "Jolly for the Folly" Garden Party on June 5th. Guests enjoyed delectable picnic fare and mint juleps - and even the weather was perfect.


Here Comes The Judge In The Dotte

Evergy electric bills to spike, and not just because of the heat - The Sentinel

Evergy, the largest for-profit electric company in Kansas, recently raised rates for nearly every customer in the state by more than 20% - without telling them. Electric utilities in the region are permitted by regulatory authorities to use the Retail Energy Cost Adjustment, or RECA, to recover the cost of power generation fuel and the costs of purchasing power.

KANSAS CITY, Mo. - A constitutional amendment related to abortion seems to be driving more Johnson County voters toward the polls. The Johnson County Election Board reported a 5.4% increase in registered voters for the August 2022 primary compared to the August 2020 primary with Democrats and independent voters registering in the highest numbers.

About 13 years ago, Roland Sabates came across an intriguing drawing of nude bathers who seemed to merge into the rocks bordering the water.

Hailey Bieber stunned in photos wearing lingerie to promote a new collection from Victoria's Secret. The beauty, 25, uploaded her own snaps while the popular brand itself also showcased her on its Instagram page on Friday. The model let fans know on her Instagram page that the photo shoot took place at the home she shares with husband Justin Bieber.

Pelosi confirms trip to Asia, but no mention of Taiwan

BEIJNG (AP) - The speaker of the U.S. House of Representatives, Nancy Pelosi, confirmed Sunday she will visit four Asian countries this week but made no mention of a possible stop in Taiwan that has fueled tension with Beijing, which claims the island democracy as its own territory.

Donald Trump-themed burger restaurant in Texas is a hit with locals and tourists, report says

A restaurant in Texas called Trump Burger has become a hit with locals, per The Houston Chronicle. The restaurant is located in Austin County, where nearly 8 in 10 voters backed Trump in 2020. Its owner told the Chronicle he opened the eatery out of appreciation for Trump's economic policies.

Mark last week as the end of the social networking era, which began with the rise of Friendster in 2003, shaped two decades of internet growth, and now closes with Facebook's rollout of a sweeping TikTok-like redesign.

Trotting out the canard that married priests would mean less abuse isn't just ignorant. It's a shocking disservice to victim-survivors.

Missouri Task Force 1 is headed to eastern Kentucky to help in the aftermath of flooding that has devastated the area.The task force, which is part of the Boone County Fire Protection District, was deployed by the Federal Emergency Management Agency.A crew of 45 people left around 8:30 p.m.

The Royals cannot be done dealing

The Royals finally made their second major league trade of the season, sending Andrew Benintendi to the Yankees. It's impossible to say if it was a good trade or a bad trade until such time as the pitchers the Royals acquired make it - or decidedly don't make it - to the big leagues.

Hide Transcript Show Transcript WHICH IS YOU KNOW WHAT WE EXPECT WELL AND IF IF THERE'S A GOOD SIDE OF ALL THIS IF YOU NOTICE THE THE TEMPERATURE TREND HASE BEEN GRADUAL. THAT'S TRUE. IT'S NOT IT'S NOT 60 AND THEN 120 RIGHT LIKE IT LIKE THE WAY SUMMER CAME IN, YOU KNOW, SOMETHING LIKE THAT.

Ace of Base - The Sign is the song of the day and this is the OPEN THREAD for right now.