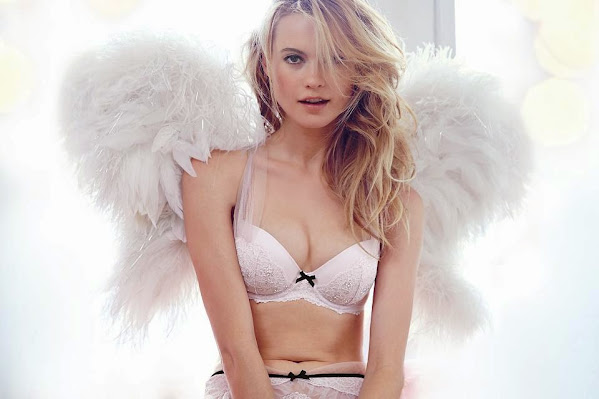 Right now, for close readers of the blog and those trying to avoid the heat of the day . . . We take a peek at pop culture, community news and top headlines.

KANSAS CITY, Mo. - Emma Guthrie is a prime example of just how influential the Second Chance program can be for someone who is willing to put in the work. Second Chance is part of the Kansas City Metropolitan Crime Commission and helps people who have been incarcerated get back on their feet and stay on the right track.

CLEVELAND, - Former Kansas guard Ochai Agbaji is officially a member of the Cleveland Cavaliers. The Cleveland Cavaliers announced that the 22-year-old rookie signed to a standard rookie-scale contract Saturday. Agbaji was selected with the 14th overall pick by Cleveland in the 2022 NBA draft.

With a leaky ceiling and a lease termination, Dorothea Johnson needs a new place to live. Johnson said the new property managers, Iron Door Management, are trying to force her and others out.

Missouri lawmakers will be returning to Jefferson City in the near future with the goal of passing a permanent income tax cut. Gov. Mike Parson on Friday called for a special session to pass tax relief after he vetoed a bill authorizing a one-time, nonrefundable income tax credit.

WICHITA, Kan. (KWCH) - Kansans will head to the polls in a little more than a month for the primary election, and for many, the stakes are high. Voter registration across the state and in Sedgwick County continues to increase and local officials say this year's turnout could be much higher than normal.

The three largest umbrella neighborhood organizations in south Kansas City jointly have requested the city to prioritize funding to allow the reopening of closed portions of Blue River Rd. as soon as possible.

KANSAS CITY, Mo. - For more than 20 years, The Dotte Fireworks stand has sat at the corner of 38th and State Avenue in Kansas City, Kansas. The owners have had decades of good business, despite some difficulties in recent years. It began in 2020 with the COVID-19 pandemic and was followed by supply chain issues.

Food Critics: The best frozen eats and treats in Kansas City for summer 2022

Summertime in the Midwest is prime frozen treat season, but you don't have to make do with mass-produced popsicles pulled from the depths of an industrial freezer. Food writer Liz Cook prefers to explore the options at Baba's Pantry, on 63rd Street in Kansas City, Missouri.


At Least Angels Were Honest

Opinion: How Victoria's Secret Misses the Mark on Inclusion

How can you keep pace with an accelerating marketing ecosystem? Join us at Brandweek Sept. 12-16 in Miami alongside leading CMOs, founders and change makers from Gatorade, Marriott, Alo Yoga, Campbell's, Uncommon James and more. Book now . During a week of anxiety for many women in the United States, Victoria's Secret launched its latest campaign devoid of angels, glamour and wings.


Favor For Prez Falls On 4th

The Associated Press reported Sunday that President Biden's speech on July 4, 2021 "marked a crossroads" for his presidency and described his current political standing as a "steep slide" from the previous year. "As Biden approaches his second Fourth of July in the White House, his standing couldn't be more different.

Trump: Maybe This is a Good Time to Tell People I'm Running Again

The Jan. 6 committee's public hearings have led to a slew of bad headlines for Donald Trump. Most recently, former White House aide Cassidy Hutchinson's explosive testimony detailed the former president's alleged attempt to seize the wheel from his security detail to attend the insurrection, as well as a lunch-throwing meltdown over the Justice Department's failure to find election-altering fraud in the 2020 election.

Not prosecuting Trump for Jan. 6 would fuel a 'much graver threat,' Liz Cheney says

The Justice Department should not avoid prosecuting Donald Trump in relation to the Jan. 6 Capitol attack if a prosecution is warranted, Rep. Liz Cheney said in an interview with ABC News' "This Week" co-anchor Jonathan Karl.


Even On Sunday, Money Talks

Some experts say a recession is coming. Here's how to prepare your portfolio

Months of stock market volatility, surging inflation and rising interest rates have left many investors wondering if a recession is coming. The stock market tumbled again on Thursday, with the S&P 500 capping its worst six-month start to a year since 1970. In all, it's down more than 20% year to date.

Many American women mourned the Supreme Court decision to overturn Roe, but for others it is a moment of triumph and a matter of human rights. Kristin Turner, the communications director for Progressive Anti-Abortion Uprising. Some relative newcomers to the anti-abortion movement include young women whose activism is not connected to religious belief.

What we know about the Patriot Front march through Boston

About 100 people associated with the Patriot Front, a white supremacist group, marched through downtown Boston on Saturday carrying police shields and flags bearing the group's emblem. Driving the news: Police received a call around 12:30 p.m. that a group of protesters were marching through the city, though their route was unknown, CNN reported.

ROME, July 3 (Reuters) - Parts of a mountain glacier collapsed in the Italian Alps on Sunday amid record temperatures, local authorities said, killing at least six people and injuring eight. The Trento provincial government said rescue operations were in progress after a large "ice avalanche" involving hikers, adding that there was likely to be a "heavy toll".

Watch: Elon Musk Weighs In on Johnny Depp vs. Amber Heard Trial Elon Musk returned to Twitter after a brief hiatus to share a rare family photo. On July 1, the billionaire CEO of Tesla and SpaceX tweeted a pic of himself with sons Griffin, 18, and 16-year-old triplets Kai, Damian and Saxon posing with Pope Francis during a recent trip to Italy.

NEW ORLEANS (AP) - The FBI has opened a widening investigation into sex abuse in the Roman Catholic Church in New Orleans going back decades, a rare federal foray into such cases looking specifically at whether priests took children across state lines to molest them, officials and others familiar with the inquiry told The Associated Press.

As gas prices rise and Waldo potholes widen, Bicycle Depot KC owner Dave Reinert is betting on one of humanity's most enduring designs: the bicycle. Reinert first opened up shop in a space at 220A W 75th St on March 15 with the help of veteran mechanic and friend Bruce Homstad, formerly of Family Bicycle, another neighborhood shop that went out of business in early 2020.

It was an unusual game and an even more bizarre viewing experience on Sunday afternoon, but the Royals picked up just their third Sunday victory of the season, beating the Detroit Tigers, 7-4 at Comerica Park. Let's start with the broadcast. It was an "announcer-less broadcast," or at least, that's what it was dubbed by Peacock in the description.

On this week's episode of the Northeast Newscast, we're joined by Joseph Williams, sales representative with Camel Culture, a brand that brings a taste of home to immigrants and refugees from all over the world. With a camel dairy right here in Missouri, Northeast businesses owned by Somali, African and Asian refugees can share the culturally appreciated and often dearly missed drink with their customers.

OLATHE, Kan. - Buck Arnhold has painted hundreds of murals for schools and even grocery stores. But his latest creation is a military-themed mural on an American Legion Hall in Russell, Kansas. "We are commemorating World War I, World War II, Vietnam and the Gulf War.

High in the upper 80s, and dangerous heat on the way

Hide Transcript Show Transcript MONDAY THROUGH THURSDAY, IT RETURNS. TODAY WE'RE NOT EXPECTING TRIPLE DIGIT HEAT. IT WILL FEEL KIND OF PLEASANT TODAY COMPARED TO WHAT IS IN STORE FOR JULY 4. HEAT IS BUILDING IN. JUST WANT TO BE -- GIVE YOU A HEADS UP.

Collective Soul - Shine is the song of the day and this is the OPEN THREAD for right now.