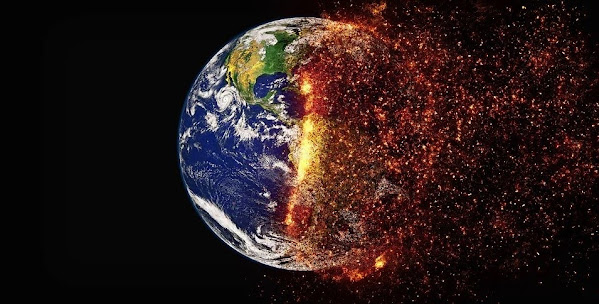 Tonight we take a quick glimpse at today's weather in our cowtown as the climate debate persists.

For now, we don't know if the planet is kaput in less than 12 years . . . However, the most pressing problem for the midterms is political.

This lack of action on climate change is becoming a real problem for Democrats, as it’s something their voters really want. In mid-January, the Pew Research Center asked Americans which among 18 issues should be a top priority for Congress and the president to address, and 65 percent of Democrats selected climate change, ranking it as their fourth-most-important issue.

For the most part, Democrats overwhelmingly support the Biden administration’s policies combating climate change: 79 percent, per a survey conducted by Pew in early May, said Biden’s environmental policies were moving the country in the right direction. The problem is that, even among Democrats who approve of the Biden administration’s approach, three in five (61 percent) still think the administration could be doing more — and this was even before Manchin torpedoed Democrats’ latest environmental policy efforts.

Hottest day of the year recorded in Kansas City

The stage is set for training camp, but one key player might not be here. As left tackle Orlando Brown has yet to sign a contract. Some question whether the left tackle has become cut off from his teammates, but here's what Patrick Mahomes has to say about that.


Why Democrats Are Disillusioned Over Climate Change


Unraveling the Interconnections Between Air Pollutants and Climate Change

In June 1991, Mount Pinatubo in the Philippines erupted for nine hours, ejecting volcanic ash, water vapor, and at least 15 to 20 million tons of noxious sulfur dioxide gas into the stratosphere. Within two hours, the gas transformed into tiny sulfate mists or aerosols that formed bright clouds.


The audacious PR plot that seeded doubt about climate change

Thirty years ago, a bold plan was cooked up to spread doubt and persuade the public that climate change was not a problem. The little-known meeting - between some of America's biggest industrial players and a PR genius - forged a devastatingly successful strategy that endured for years, and the consequences of which are all around us.

The Climate Clock, an online tool and algorithm designed to calculate humanity's deadline for reducing global warming, fell below seven years Friday. The clock, which was developed in 2020 to give a sense of urgency to world leaders, fell from seven years to six years and 364 days, according to algorithm.