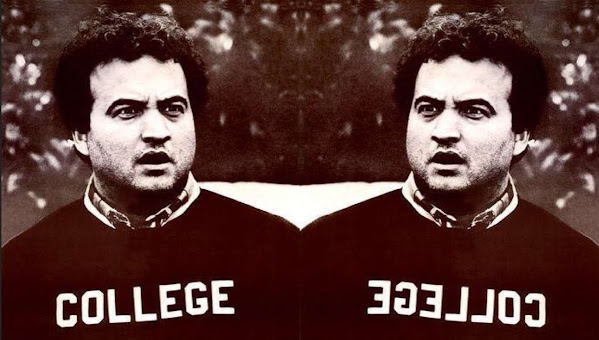 Kansas City is cursed with an absolutely joyless daily newspaper.

Their latest target is frat life by way of a story about a KU shut down earlier this week . . .

"While colleges are supposed to be places where young people get to interact with students from all walks of life, fraternities and sororities do the opposite. Many Greek letter organizations traditionally recruit from a narrow band of affluent white students, and in doing so, reinforce race, class and gender stereotypes and perpetuate discrimination."

Then again . . . They immediately had to backtrack given that historically Black colleges have a centuries old tradition of fraternity and sorority life that the newspaper casually downplays.

They talk about "ending Greek life" (ew) and other social media trends without much insight.

The main point is to shake their fist and pretend like somebody cares . . .

At KU and every other college, it's time for a serious reckoning with fraternity life

OPINION AND COMMENTARY When the national chapter of the Sigma Chi fraternity suspended the organization's University of Kansas chapter indefinitely last week it did just what every Greek letter organization should do with their rule-breaking chapters: Get rid of them. And if the nationals won't do it, then universities should kick these fractious social fraternities off their campus, period.