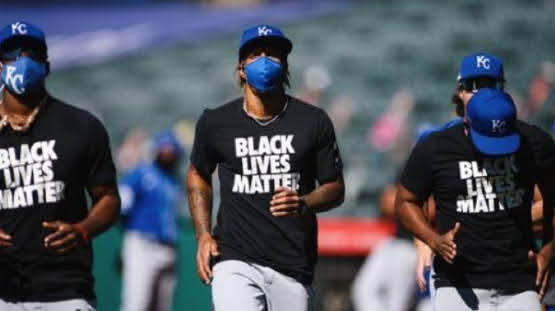 In this cynical, sad and pathetic screed we notice the newspaper doing their very best to ruin a moment which seeks to unify Kansas City by way of America's pastime.

Check their politicized ultimatum that champions quotas rather than paying tribute to the charisma of a local legend who worked to transcend and inspire beyond the boundaries that were unfairly imposed on him . . .


Back in his heyday, O’Neil and other Black players were denied a fair opportunity to play in the major leagues. What would the former Royals scout say about an organization that has only two Black players — Amir Garrett and Michael A. Taylor — on its 40-man roster? What would O’Neil, a champion for equality, think of manager Mike Matheny’s coaching staff, which appears to have only one Black coach? Would he be disappointed in the organization?

OPINION AND COMMENTARY On Sunday, John Jordan "Buck" O'Neil, Jr., will be enshrined in the National Baseball Hall of Fame in Cooperstown, New York. O'Neil, the Kansas City Monarchs legend, is certainly deserving of the accolades. But on this long-awaited weekend of celebration and pageantry, we must point out the obvious: Much like Major League Baseball, the Kansas City Royals have a diversity problem.