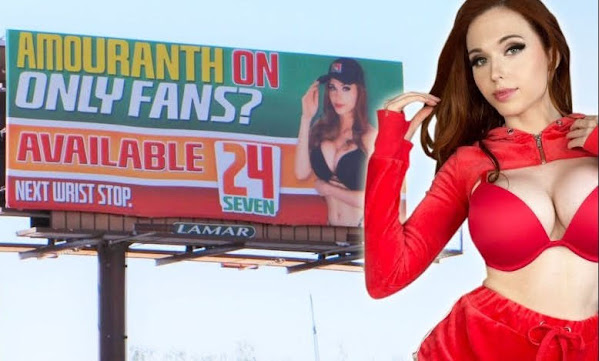 The Top Designer-Approved Spots to Visit in Kansas City, Missouri

While Kansas City, Missouri, is famous for barbecue and jazz, the destination is an underrated treasure trove of design-minded locales. From quaint hotel rooms decorated with art by local makers to antique shops brimming with one-of-a-kind finds, the city is worth a visit for even just one of its distinct offerings.

Freedom Inc. turns 60. Kansas City needs its voice to be even louder in the future

OPINION AND COMMENTARY Kansas City's preeminent Black political club, Freedom Incorporated, is celebrating its 60th anniversary this year. Last weekend it held a brunch to talk about the past, and the future. Kansas City Mayor Quinton Lucas and St. Louis Mayor Tishaura Jones co-chaired the event. Both are Black. Freedom Inc.


More Deets On Next Plague

KANSAS CITY, Mo. - Just days after the World Health Organization declared monkeypox a global emergency, vaccine shipments are headed to Kansas City. The Kansas City Health Department said it expects to receive a shipment of the vaccines Tuesday. There are currently two types of vaccines approved for the prevention of Monkeypox, according to the Centers for Disease Control and Prevention.

KANSAS CITY, Mo. (KCTV) - Leonard Serrato and his fiancé said they spent the night at a Kansas City motel to get some rest along their journey from Indiana to their new home and life in Oregon. When his fiancé woke up to check on their U-Haul with all of their belongings, he noticed something was wrong.

The 2022 WIN for KC Tryathlon presented by GARMIN is in its final year. // Courtesy WIN for KC The Women's Intersport Network for Kansas City (WIN for KC) Tryathlon is on its last leg. This year's event at Smithville Lake's Sailboat Cove is the final incarnation of the largest all-female triathlon in the region.

https://twitter.com/amouranth/status/1395108819588599813 Model and cosplayer Kaitlyn Siragusa, who streams on Twitch under the name Amouranth, recently tweeted a screenshot of her OnlyFan earnings. She's grossed nearly $34 million in under two years. "it's not about the money. It's about sending a message," she said, lifting a line uttered by The Joker in The Dark Knight.


May The Odds Be In Your Favor

A giant Mega Millions lottery jackpot ballooned to $1.02 billion after no one matched all six numbers Tuesday night and won the top prize. The new estimated jackpot will be the nation's fourth-largest lottery prize. The jackpot has grown so large because no one has matched the game's six selected numbers since April 15.


Prez Doubles Down On Vaxx

President Biden delivered remarks from the White House Rose Garden Wednesday after completing treatment and testing negative for COVID-19, stressing the importance of vaccination and touting his administration's efforts to make tools available to the American people. Biden entered the Rose Garden from the residency wearing a mask, as a band played "Hail to the Chief," and the crowd cheered.

The Justice Department's criminal investigation into the Jan. 6, 2021, rioting at the U.S. Capitol, now includes questions for witnesses about the communications of people close to then-President Donald Trump and his reelection campaign, CBS News has confirmed. That news, first reported by The Washington Post, was confirmed to CBS News by a U.S.

US military making plans in case Pelosi travels to Taiwan

SYDNEY (AP) - U.S. officials say they have little fear that China would attack Nancy Pelosi's plane if she flies to Taiwan. But the U.S. House speaker would be entering one of the world's hottest spots, where a mishap, misstep or misunderstanding could endanger her safety.

The World Health Organization on Wednesday recommended that gay and bisexual men limit their number of sexual partners to protect themselves from monkeypox and help slow transmission of the rapidly spreading virus. The WHO's monkeypox expert, Rosamund Lewis, said men who have sex with men are the group at the highest risk of infection right now.

How the Federal Reserve's rate hikes affect your finances

Signed contracts to purchase existing homes dropped 20% in June compared with the same month a year ago, the National Association of Realtors said Wednesday. On a monthly basis, pending home sales fell a wider-than-expected 8.6% in June. A Dow Jones survey of economists had predicted a 1% drop.

Not long after the World Health Organization and China released a report last year dismissing the possibility that the SARS-CoV-2 virus originated in a lab leak, scientists from major research institutions around the world noted the paucity of the published data, and advocated for a rigorous scientific investigation into the pandemic's origins.

The Senate on Wednesday passed bipartisan legislation aimed to help the U.S. compete with China by injecting tens of billions of dollars into the domestic production of semiconductor chips. The bill, known as the CHIPS-plus or Chips and Science Act, passed in a 64-33 vote.


Saudi City Of The Future Unveiled

A futuristic Saudi megacity is to feature two skyscrapers extending across a swathe of desert and mountain terrain, according to the latest disclosures on the project by the kingdom's de facto ruler.

Living a 'childfree' life: 1 in 5 adults don't want to have kids

EAST LANSING, Mich. - Are families about to find themselves on the endangered species list? Researchers from Michigan State University find that over one in five adults don't want children. Interestingly, the survey also indicates that Americans are deciding against being a parent quite early in life, most often in their teens or early twenties.

KANSAS CITY, Mo. - According to reports, Kansas City Chiefs tight end Travis Kelce will be getting a raise in 2022. NFL Network's Ian Rapoport said the Chiefs and the superstar tight end agreed to terms on an adjustment to his contract for the upcoming season.


Thanks For The Memories

Local women work with neurologists, therapists to create a subscription box for people with memory loss

So many things are born of necessity, and that's happened a lot during the pandemic.In fact, it led two local women to develop a new resource for those caring for people with dementia. It's called Connectivities, and it comes in a box.

The conversations surrounding the Kansas City Chiefs' plans without Tyreek Hill have been frequent this offseason. Fourth-year Chiefs WR Mecole Hardman appears to believe that he can fill the void left by his former teammate.

BTS (방탄소년단) 'Yet To Come (The Most Beautiful Moment)' is the song of the day and this is the OPEN THREAD for right now.