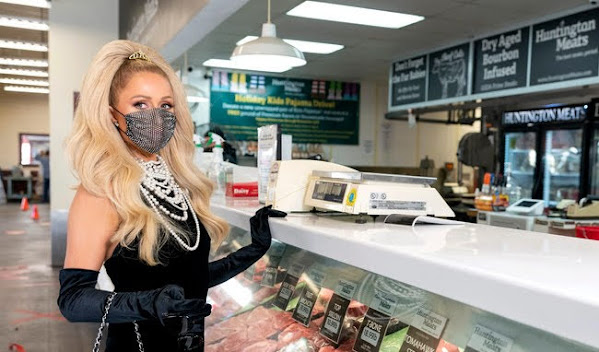 Was going to write a snarky headline here but the truth is . . . Even the most virulent racist I've ever met absolutely LOVES immigrant food . . . Not just tacos either . . . Given an opportunity, most foodies will deep dive into exotic stuff just to expand their culinary horizons . . . Yes, Ethiopian pizza is "a thing" and worth trying.

In yet another example that MSM takes politics a bit too seriously . . . We're noticed that that many locals can rant all day long about the hordes gathering at U.S. borders & shores and the threat to Western Civilization and U.S. culture but then feel absolutely no shame when waltzing into a biz run by people who barely speak English and spending tons of cash.

The path to the American Dream leads through the kitchen for many newer Americans. Starting a restaurant, bakery or grocery presents the same financial challenges of any new enterprise. But it also allows immigrants to lean on — and preserve — the comforts of a familiar culture.

The stories of a handful of Kansas City entrepreneurs illustrate their journeys to make new lives for themselves and to open doors for the generations to follow.

Read more behind the paywall via www.TonysKansasCity.com link . . .

Owning food businesses plays a dual role for people moving to the U.S.: It helps them make a living preserving the cultures they left, and it creates options for the next generations. We talk to four Kansas City-area entrepreneurs about their experiences.