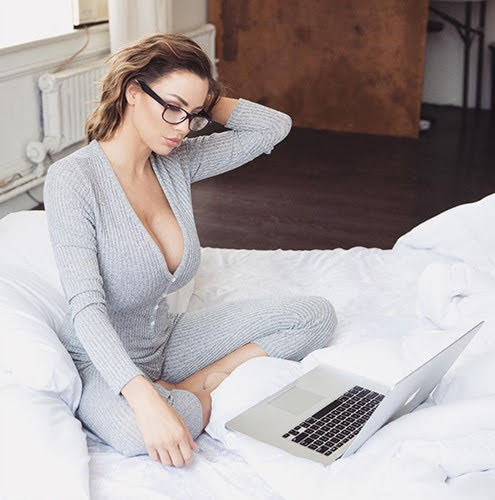 Photo by David Remley Kansas City is bursting at the seams with history and unique gems waiting to be explored. Built within Corinthian Hall-the lavish home of the timber industrialist Long family-the Kansas City Museum became a nature and science museum in the 1940s.

Both the Chiefs and local businesses enjoying the boon of training camp in St. Joe

Chiefs training camp is underway on the campus of Missouri Western in St. Joseph, Missouri.The two weeks the team is in town means a lot to local businesses in the area, especially with camp opening back up to the public.Downtown St.

The start of a plateau? COVID-19 cases and hospitalizations stagnant in Kansas City

COVID-19 hospitalizations and case numbers are mostly stagnant in the Kansas City area this week, indicating that the current wave may be reaching a plateau. However, doctors warn that the metro is still experiencing high levels of infection.

Jordan Carver was born on January 30, 1986 in Trier, Germany (34 years old). Jordan Carver is a Model, zodiac sign: Aquarius. Nationality: Germany. Approx. Net Worth: $2 Million. In addition to her DVDs, she also appeared on the big screen in the euro-trash comedy Who Killed Johnny.

The Memo: No, really - What if Alexandria Ocasio-Cortez runs for president?

As President Biden's approval ratings sink and polls show many Democratic voters would prefer a different nominee in 2024, some activists are beginning to entertain long-shot options. When it comes to unlikely-but-not-impossible scenarios, one is far more intriguing than any other: a presidential bid by Rep. Alexandria Ocasio-Cortez (D-N.Y.).

Biden no longer shy in singling out Trump, the 'former guy'

WASHINGTON (AP) - One month into his presidency, Joe Biden made clear his distaste for even naming the man he had ousted from the Oval Office, declaring, "I'm tired of talking about Trump." "The next four years, I want to make sure all the news is the American people," he said in a CNN town hall.

Donald Trump said it would be 'very hard for me not to run' against Joe Biden in 2024, in latest hint about third presidential bid

Donald Trump said it would be "very hard" not to run against Joe Biden in 2024. The former president discussed when and if he would announce his candidacy while appearing on a talk show. While not confirming whether or not he would run, Trump said: "in my mind, I've already made the decision."


Billionaire Bet Bust For Most

The winning numbers for one of the biggest lottery prizes in recent history have been announced, meaning that for at least one lucky winner the dream of netting the billion-dollar-plus prize could soon turn into a reality. The Mega Millions lottery ended up worth $1.28bn and Friday night's winning numbers are: 13-36-45-57-67, Mega Ball: 14.

In the Russia-Ukraine war, drones are one of the most powerful weapons

SOUTHERN UKRAINE - The images on the laptop are of a ghost town. The camera looking down swivels and zooms in on a burnt-out school. Sitting in the back of a Ukrainian military van, hidden under camouflage netting, Sacha is monitoring video from a surveillance drone.


Some MAGA Teamed With Feds

WASHINGTON - A pro-Trump social media influencer who was convicted of disorderly and disruptive conduct on the Capitol's grounds for his actions Jan. 6 is upset over the release of court filings this week that were supposed to be sealed and detail the assistance he provided to federal authorities investigating the siege.

China is conducting live-fire military exercises in the waters around Taiwan The aggressive move comes as US Speaker Nancy Pelosi flies to the region She is slated to visit to Taiwan, first visit by high-ranking US official in 25 years Beijing reacted furiously, warning 'those who play with fire will be perished by it' The Chinese military conducted live-fire exercises Saturday off its coast opposite Taiwan amid reports that US Speaker Nancy Pelosi is in the air on her way to the region.

In race for monkeypox vaccines, experts see repeat of COVID

LONDON -- Moves by rich countries to buy large quantities of monkeypox vaccine, while declining to share doses with Africa, could leave millions of people unprotected against a more dangerous version of the disease and risk continued spillovers of the virus into humans, public health officials are warning.

BAGHDAD (AP) - Hundreds of followers of an influential Shiite cleric breached Iraq's parliament on Saturday, the second time in a week, to protest the government formation efforts lead by Iran-backed groups. Iraqi security forces used tear gas and sound bombs to try to repel the demonstrators and caused several injuries witnessed by journalists for The Associated Press.

After Canada trip, Pope Francis says he is considering retirement

Pope Francis said Saturday that he can't travel like he used to and "the door is open" for him to eventually resign or retire, the Associated Press reports. Driving the news: "I think at my age and with these limitations, I have to save (my energy) to be able to serve the church, or on the contrary, think about the possibility of stepping aside," Francis said.

Britney Spears' Book is Done, Delayed Because of Paper Shortage

Britney Spears ' tell-all is finally completed, sources with direct knowledge tell TMZ, but we've learned there's a delay in releasing it and it all has to do with .... THE SUPPLY SHORTAGE! Sources close to Britney tell us ... she recently wrapped up the dishy memoir, which is set to be published by Simon & Schuster.

Chris Rock jokes about slap after Will Smith apology video

Comedian Chris Rock did not directly address Will Smith's recent apology video to him when onstage in Atlanta on Friday but he did continue to make jokes about the notorious incident at the Oscars when he was slapped by the actor while presenting the awards show.

Bill Maher thinks Elon Musk is worried about population collapse because it's a convenient excuse not to wear a condom ... it was a jk, but his point is ominous. Stay with us. Bill is back on 'Real Time' after a month's hiatus, and he used the occasion to talk about the ridiculous push to add more people to planet Earth.

A model has shared her tricks to keep her skin looking young. Between face creams and cosmetic procedures, one woman has claimed she uses a mask made of menstrual blood. Mimi Boliviana swears by the ritual, although the technique has not been scientifically proven to be effective.

Walters, founder of JAWbats, spent a decade refining his handcrafted baseball bats - developing a keen understanding of his products' performance - before turning to tech innovations to help boost production and scale the Kansas custom bat maker and retailer.

Most Johnson County residents eligible for Contain the Rain program

LENEXA, Kan. - Cities across Johnson County, Kansas, like Overland Park are promoting an often overlooked program which reimburses residents for making upgrades to their property which improves stormwater quality. Nearly every year, the Contain the Rain program has leftover, unspent money in its budget.

A pleasant and cool weekend continues

Kansas City will be pleasantly cool and comfortable in the morning. Some areas will be in the 50s.Most places near the KC metro will be in the 60s with a sun and cloud mix. The temperatures are nowhere near the normal high of 89.The highs will reach up to the lower 80s on Saturday and the mid-80s on Sunday.

Delta Spirit - "The Pressure" is the song of the day and this is the OPEN THREAD for right now.