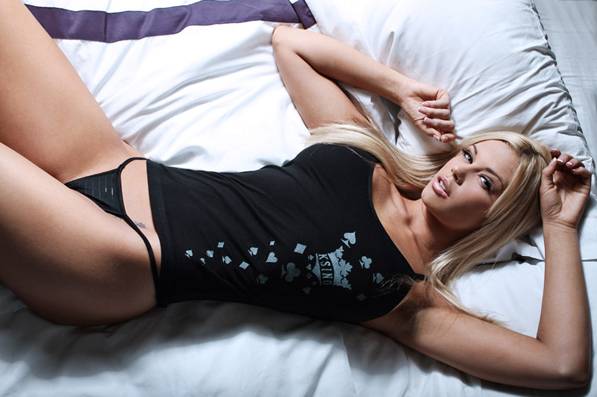 Woman in critical condition after shooting on Manchester Avenue

D. Westerhold shooting on manchester avenue SOURCE: D. Westerhold Kansas City police are investigating a shooting in the 6400 block of Manchester Avenue. Officers were dispatched to the area in regards to a shooting at 2:10 p.m.

Thursday was a day of celebration for many Royals fans. Yesterday was a day of expectations coming due. Today could go any direction and no one would be surprised. So no one is surprised that the Royals lost.


Be Careful At The Lake This Summer

KANSAS CITY, Mo. - Authorities are searching for a male swimmer at Clinton Lake. Around 4 p.m. Saturday, the Douglas County Sheriff's Office, along with several other agencies, had boats in the water assisting in the search, according to a tweet by the sheriff's office.

FORECAST AND WE BEGIN WITH BAKE BREAKING NEWS IN MISSOURI THE PATIENT INFECTED WITH AN INCREDIBLY RARE BRAIN-EATING AMOEBA HAS NOW DIED HEALTH OFFICIALS BELIEVE THE PATIENT PICKED UP THE DEADLY PARASITE AT LAKE OF THREE FIRES NEAR BEDFORD, IOWA ABOUT HOURS NORTH OF KANSAS CITY NO WEATHER INFORMATION ABOUT

Ten Kansas City Royals players this week can't play against the Blue Jays in Toronto, barred from entering Canada because they are not vaccinated for COVID-19. Dr. Steve Stites would like a word with them. "I wish everybody would get vaccinated.

Confessions of an ex-Vegas cocktailer

Model Jessa Hintonlost trust in men while cocktailing in Las Vegas for six years. She was married at the time, and she wore her ring. If only male clients had kept theirs on.

Biden's Saudi trip has been a high stakes gambit filled with urgent, concrete objectives, writes Frida Ghitis. And Biden had greater aims than simply lowering gas prices for Americans in order to boost his own political standing, as so many suggest.


The Rematch NOBODY Wants

Grumpy old men: the 2024 sequel of Biden and Trump

"No matter how cynical you get, it's impossible to keep up." That Lily Tomlin gem is a useful guide for analyzing politics in an era marked by heated polarization and growing violence. Most days it seems the whole country is on fire with demands for dramatic changes in government and society.

Later in July US interest rates are expected to jump for a second time this year, and that's going to wreck any chance of a global recovery. The Federal Reserve could push its base rate up by as much as a full percentage point, ending 15 years of ultra-cheap money, intended to promote growth.

Kodak's ex would have done anything to keep him out of jail. Yesterday, rapper Kodak Black was taken into custody after getting stopped by police in Florida. Initially, officers targeted the vehicle because the tint was too dark and the tags were outdated. It wasn't until they pulled him over that t...

The one thing you have to eat in Missouri, Kansas, according to Food & Wine

KANSAS CITY, Mo. - A new list could help you create a delicious food tour of the U.S. Food & Wine posed the question: If you had time to eat one food in every state, what would it be? From its research, the magazine published a round-up of that one thing you have to try, treats you can't miss.

A shots fired call in the 3200 block of St John this evening at approximately 8:00 p.m., led to and armed standoff because it was believed that three armed subjects fled into two abandoned apartment buildings on the north side of St John.

Hide Transcript Show Transcript LIBERTY AND EVEN SOME 70S UP TOWARDS TRENTON EVENING FORECAST MIDDLE 80S NEXT HOUR TO LOWER 80S AT 10 RIGHT AROUND 80. AT MIDNIGHT. WE'LL WATCH FOR OUR NEXT CHANCE OF RAIN EVEN A FEW THUNDERSTORMS TO COME IN VERY LATE THIS EVENING AND MORE SO LATE TONIGHT AS WE CLOSE IN ON SUNRISE ON OUR SUNDAY.