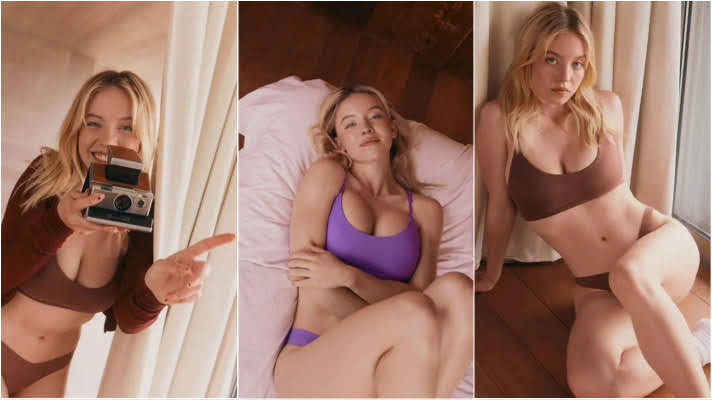 
Rolling With The Heat

KANSAS CITY, Mo - The latest stretch of toasty temperatures in Kansas City have provided another test for road crews working to keep streets safe and smooth. On Thursday, crews with the city of Kansas City, Missouri were hard at work fixing potholes near 24th Street and Prospect Avenue.

WASHINGTON (AP) - The monarch butterfly fluttered a step closer to extinction Thursday, as scientists put the iconic orange-and-black insect on the endangered list because of its fast dwindling numbers. "It's just a devastating decline," said Stuart Pimm, an ecologist at Duke University who was not involved in the new listing.

Musicians Katie Crutchfield, aka Waxahatchee, and Kevin Morby are using their voices to defend abortion rights in Kansas.

KANSAS CITY, Kan. - A new tiny home community is underway in Kansas City, Kansas. A group of homelessness advocate leaders from Overland Park are rehabbing land in KCK through private dollars. On Friday, Terry Claudell, the president of Eden Village-Kansas City, was boarding up a crumbling mobile home village for a new vision.

You can feel the buzz in Cooperstown, New York, as baseball fans gather for the National Baseball Hall of Fame Induction. Fans and baseball greats come from all over the world for the weekend, but it's one name that's on the top of everyone's lips: Buck O'Neil. "It's all buck, right?

Fans know Sydney Sweeney as the breakout star of HBO's Euphoria and The White Lotus. And now the 24-year-old's growing fame has led to her becoming the new face of affordable Australian fashion brand Cotton On. In a short commercial shared to Sydney's Instagram page this week, the blonde beauty stuns as she models racy activewear.

Analysis: As Biden ponders 2024, here's why some presidents quit

While it seems almost inconceivable that a president today might consider bowing out after one term, that hasn't always been the case. Here's what a presidential historian had to say about presidents and reelections.

Trump and Pence duel in Arizona in fight for Republican future

ddie Palazuelos drove 200 miles and lined up for five hours under the baking sun to to see Donald Trump at a campaign event for candidates he is backing in the forthcoming Arizona Republican primaries. It's the fifth Trump rally the 27-year-old has attended since the former president lost the White House in 2020 - because Palazuelos vehemently believes the election was stolen.

Washington - Steve Bannon, Donald Trump's one-time top campaign aide and chief White House strategist, has been found guilty of two counts of criminal contempt of Congress for refusing to comply with a subpoena for documents and testimony issued by the House select committee investigating the Jan. 6 attack on the Capitol.

Man Accused of Attack on GOP Rep. Zeldin Immediately Released after Being Charged with Felony

A 43-year-old man accused of attacking Representative Lee Zeldin (R., N.Y.) with a sharp object at a campaign stop in upstate New York on Thursday evening was charged with a felony and released from custody just hours after his arrest, police said.

Monkeypox declared a global emergency by WHO

The World Health Organization declared on Saturday that monkeypox, which has spread to more than 70 countries, is a global emergency. Why it matters: The declaration by the U.N. health agency could lead to investment in treating the disease, but it could also lead to a shortage for already-scarce vaccines, AP writes.

Recession may not come after all, economists say

As recession forecasts have grown dire in recent months, they've faced one complication: Strong economic data. The U.S. showed robust job growth last month, defying expectations of a slowdown and keeping the unemployment rate at a near-historic low of 3.6%.

Scientists are narrowing in on why some people keep avoiding Covid. BA.5 could end that luck.

Most people in the U.S have had Covid-19 at least once - likely more than 70% of the country, White House Covid-19 Response Coordinator Ashish Jha said on Thursday, citing data from the Centers for Disease Control and Prevention. Many have gotten infected multiple times. In a preprint study looking at 257,000 U.S.

Zelenskyy downplays potential for ceasefire; Biden signs off on more weapons for Ukraine

The Pentagon will send additional drones to the fight in Ukraine in the latest security assistance package. The Phoenix Ghost drones are manufactured by Aevex Aerospace in Solana Beach, Calif., and were described by then-Pentagon spokesman John Kirby as "rapidly developed by the Air Force, in response, specifically to Ukrainian requirement."


EPIC Money Still Out There

The Mega Millions jackpot has surged to a whopping $790 million after no ticket matched all six winning numbers in Friday night's drawing.

Employees at Disney's famed Bibbidi Bobbidi Boutique will get a more gender-neutral title. Boutique cast members, who help children dress up as their favorite Disney characters, will now be called "Fairy God Mother's Apprentices" instead of "Fairy God Mother's in Training" to allow workers who do not identify as women to be a part of the magic.


Some Things Hotties Won't Do

Vintage gloves, handmade baseballs, and other collectibles are all part of the hall of fame weekend experience in Cooperstown, New York.But one little red button that reads "Here for Buck" has been selling big as KC legend Buck O'Neil is finally inducted into the National Baseball Hall of Fame."It's just a long time coming," said William Peeples, founder and maker at Huntington Baseball Co., who has been making the buttons.

This week on the Streetwise podcast we bury the sound of Chicago sirens, enjoy a reading of Brock Wilbur's story on Making Movies, jam to Drew Black's track "You Almost Burnt Me Down," and grab a bonus reading of Emeline Hutton's coverage of the 18th Street Fashion Show.

Conditions top out at 100 on a sunny Saturday

Hazy sunshine begins the day in KC on Saturday. Lows in the mid 70s. Highs will be all the way up to 100, with the heat index even higher.

ODESZA - Light Of Day (feat. Ólafur Arnalds) is the song of the day and this is the OPEN THREAD for right now.