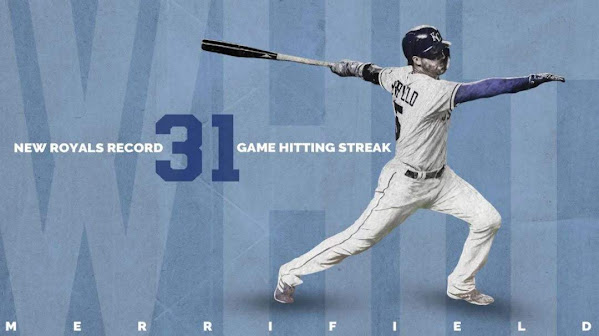 Again what's important here and what is being confused . . .

NOBODY IS MAD AT HIM ABOUT THE VAXX, THEY'RE ANGRY BECAUSE HE ADMITTED THE ROYALS SUCK 2022!!!

This is a well known fact of life but nobody is allowed to say it.

Even better . . . Follow-up STILL doesn't include him submitting to the vaxx . . . Just some very humble words.

The 33-year-old outfielder/second baseman has been a fan favorite in Kansas City. But backlash came quickly and harshly after Merrifield said "the vaccine, what it's supposed to do, it's not doing. If it was doing what it was supposed to do and stopping the spread of COVID (then) I would have a little more willingness to take it, but it's not doing that."

He tried to clear up those comments before the Royals opened the second half with a home game against Tampa Bay.

"I didn't say people misunderstood it, I poorly articulated the point I was trying to say," Merrifield said. "If what was standing between me and the playoffs was this vaccine, I would consider getting it. I didn't say I would get it for another team, or wouldn't get it for this team, it was simply a point about showing how much I value playing in the playoffs."

KANSAS CITY, Mo. -- Two-time All-Star Whit Merrifield of the Kansas City Royals apologized Friday for "poorly articulated" comments about the COVID-19 vaccine after missing the team's trip to Canada. Merrifield was among 10 Royals players who didn't travel to Toronto because of their vaccination status for a four-game series against the Blue Jays before the All-Star break last week.