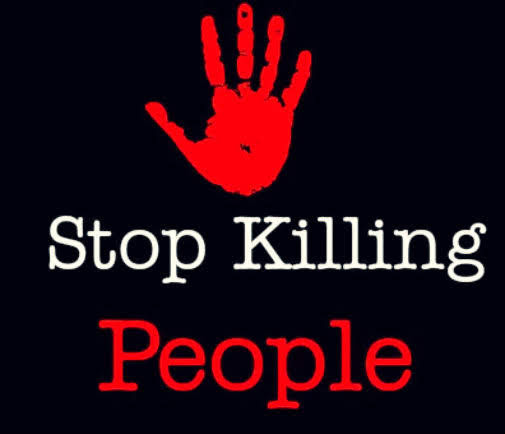 Summer is now in full swing and it's brutal out there . . .

FOUR MURDERS OVER THE WEEKEND REVEAL THAT KCMO ISN'T CLOSE TO SOLVING OUR HOMICIDE CRISIS DESPITE SO MANY POLITICAL PROMISES!!!

Remember that our current Mayor talked about getting the murder count below 100 and then spent the last three & a half years fighting with KCPD about money.

Here's a roundup and more empty talk regarding this ongoing disaster . . .

"These latest homicides bring the total to 86 this year.  While homicide detectives are running on little sleep, so is community activist Rosilyn Temple, with KC Mothers in Charge. “It has been overwhelming, especially for the family, but also for the police department, also for me. To see all the turmoil and the disruption in our community,” Temple said. "

KANSAS CITY, Mo. - It's been a long weekend for the Kansas City Police Department, as homicide detectives investigate three shootings that left four people dead. "The numbers are disturbing and we can do better than this," Capt. Leslie Foreman of the KCPD said.

KANSAS CITY, Mo. (KCTV) - Police in Kansas City are again asking for help after two more shooting victims were found deceased. "We're hurting as a community," said Leslie Foreman, a spokesperson for the Kansas City Police Department. KCPD has worked a total of five homicides since Monday, July 11 with a total of three happening since Saturday morning.

KANSAS CITY, Mo. - A string of homicides in the Kansas City metro has city officials, police and community violence prevention advocates concerned. Seven homicides have been reported throughout Kansas City, Missouri, and Kansas City, Kansas, in the last week.