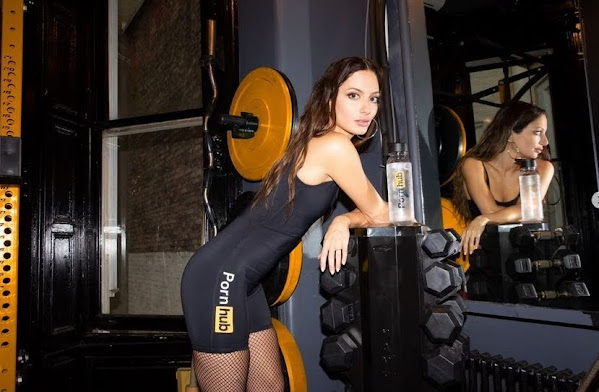 Inspired by the mainstream pr0n game, right now we take a peek at pop culture, community news and top headlines for our late night denizens.

KANSAS CITY, Mo - Through investing $82 million into its Kansas City, Missouri, facility, Mars Petcare announced it will add 95 more jobs at the plant. The expansion will increase the facility's production to meet rising demand for dog and cat treats, according to a press release from Mars Petcare.

There's been a massive surge of voter registrations in Kansas. This likely has something to do with an amendment set to challenge access to abortion in the state. The United Methodist Church of the Resurrection in Leawood, Kansas, held a "conversation on faith and abortion" Wednesday night, just days before Amendment Two is set to be voted on.

Additional protected bike lanes to be added in Kansas City

KANSAS CITY, Mo - As part of the city's mission to eliminate traffic fatalities and serious injuries by 2030, Kansas City, Missouri, will be building additional protected bike lanes near Hickman Mills Drive between Paseo and 85th on Wednesday morning.

One of Hunter Biden's former business partners referred to Joe Biden as "the Big Guy" in a panicked message the same day The Post broke news of the infamous laptop from hell left behind by the president's son, The Post has learned.

RNC warning to Trump: If you run for president, we stop paying your legal bills, says official

Republican leaders who worry that Donald Trump could hurt their midterm chances by announcing a presidential run too soon are hoping he'll be dissuaded from doing so by the prospect of losing hundreds of thousands of dollars in legal payments, according to an RNC official.

Senate Majority Leader Chuck Schumer and Sen. Joe Manchin on Wednesday announced a deal on an energy and health care bill, representing a breakthrough after more than a year of negotiations that have collapsed time and again.

After months of internal debate, the Biden administration has offered to exchange Viktor Bout, a convicted Russian arms trafficker serving a 25-year US prison sentence, as part of a potential deal to secure the release of two Americans held by Russia, Brittney Griner and Paul Whelan, according to people briefed on the matter.

Biden's call with Xi Jinping will focus on areas of U.S.-China cooperation, not just tension

WASHINGTON -- President Joe Biden's upcoming call with Chinese leader Xi Jinping will focus on areas of potential cooperation between the U.S. and China, the White House said Wednesday, even as diplomatic relations between the two nations are fraught with tension over Russia, intellectual property disputes and, even, espionage.

The stock market is practically begging for a recession

Wall Street has a serious case of recession dread.

WASHINGTON (AP) - The Federal Reserve on Wednesday raised its benchmark interest rate by a hefty three-quarters of a point for a second straight time in its most aggressive drive in three decades to tame high inflation.

In just the past few weeks, wild monkeys have attacked at least 58 people in and around the city of Yamaguchi in southwestern Japan, and no one seems to know exactly why, according to from the Associated Press. "I have never seen anything like this my entire life," city official Masato Saito told the AP on Wednesday.


Pr0n Game Harder Than It Looks And Sometimes Not . . .

Something's going on at Worlds of Fun - or at least that's what a photo posted to the amusement park's social media account wants you to believe.The Kansas City, Missouri amusement park posted a photo with a cryptic message to its social media accounts Tuesday.The message reads, "After almost 50 years, we're getting ready for exciting new adventures...8/11," and features the train emoji.

Westport businesses held a special promotion for the first time since a fatal shooting earlier this month.Westport Wednesday is held on the last Wednesday of the month.This month, 26 businesses are participating with promotions ranging from new ice cream on the menu to mescal tastings and even a jujitsu demonstration.This

The South Kansas City Alliance is resuming its annual community awards program with a breakfast at 9 a.m. Saturday, July 30, at the Avila University Whitfield Center, 11901 Wornall Rd., after a multiyear pause during the height of the pandemic. Persons may purchase tickets for the event which includes a full breakfast buffet for $10 on the SKCA website southkcalliance.org.

Another round of rain before a mostly dry weekend

The morning's heavy rain has drenched the Kansas City area with up to another two inches of precipitation. Most of it landed south or near the I-70 corridor. The next round of rain will set up once again overnight into the Thursday morning commute, slowing things down.