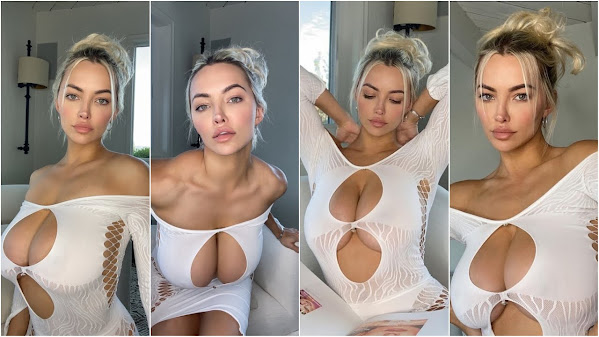 KC Pet Project says an event it held over the 2022 Fourth of July weekend was a rousing success for the organization. The group says 243 pets were adopted during their Red, White and Woof event. The Independence Day celebration saw fee-waived pet adoption from July 1-4.

KANSAS CITY, Mo. - An excessive heat warning in Kansas City comes at a dangerous time for older adults living in an east side apartment building. The air conditioning at Gabriel Towers is out, and residents said it's not the first time it's happened this summer.

KANSAS CITY, Mo. - Firefighters in Independence spent several hours late Monday night into early Tuesday morning battling an apartment fire. According to a city spokesperson, fire crews were dispatched just before 11:20 p.m. to an apartment building in the 600 block of Quail Creek Drive.

KANSAS CITY, Mo. - Paul Rudd became a superhero in Ant-Man, but the star with a huge heart became a real-life superhero to a mother and son in Colorado last month. Cassandra Ridder picked up her 12-year-old son, Brody, from school in May.

KANSAS CITY, Mo. - Crews from the Consolidated Consolidated Fire District 2 battled a fire at a vacant home in Prairie Village on Tuesday afternoon. The fire happened in the 3400 block of West 73rd Terrace. There was no immediate reports of injuries or any information on what caused the fire.

Thieves steal U-Haul, $25,000 worth of items belonging to KC couple

KANSAS CITY, Mo. - A young couple left town without their possessions. That's because a thief stole thousands of dollars worth of belongings while the items sat in a U-Haul, just before the move. The couple is now forced to start from scratch in a new city.

Outrun the heat? Kansas Citians share their tips for exercising in hot weather

Working out in hot weather, which is currently plaguing the Kansas City area, can be dangerous.On Rock Island Trail, there were still plenty of people training and exercising. They shared their secrets to staying safe in this heat.

The less than two weeks' time between President Biden signing a bipartisan bill aimed at curbing gun violence and another mass shooting taking place, this time during a Fourth of July parade, has left some Democrats and allies frustrated the administration isn't doing enough to help prevent the next attack.

Joe Rogan Says Donald Trump Has Asked to Be on His Show Multiple Times: 'Not Interested in Helping Him'

The Justice Department sued the state of Arizona Tuesday to block a law that would require proof of citizenship to register to vote in the state.

Kamala Harris could break a record. Democrats wish she didn't have to

Vice President Kamala Harris is on pace to set an unusual record, breaking the most tie votes in the U.S. Senate. But many Democrats and progressives don't see the distinction as much of an honor. "If this is what victory is, my goodness, guys, we need to want better for ourselves," said Tre' Easton, deputy director of Battle Born Collection, a liberal advocacy group.

WASHINGTON - Rep. Adam Kinzinger, R-Ill., released an audio compilation Tuesday of calls or voicemails made to his Capitol Hill office, most of them laced with profanity and threatening him, members of his family or Rep. Liz Cheney, R-Wyo.


Brits Engage In Artsy Protest To Save the Planet

LONDON -- Climate change protesters targeted a copy of Leonardo da Vinci's "The Last Supper" at London's Royal Academy of Arts Tuesday, gluing themselves to the painting's frame and spray-painting "No New Oil" next to it.


Plagued By COVID For At Least A Couple More Years

For COVID-19, endemic stage could be two years away

Illnesses like the common cold and the flu have become endemic in human populations; everyone gets them every now and then, but for most people, they aren't especially harmful. COVID-19 will eventually transition to endemic status at some point - but when?

CBS News A handwritten letter from Brittney Griner was delivered to the White House on Monday morning, according to the Griner family, who provided excerpts to reporters. In her letter, the imprisoned WNBA star pleaded with the president not to forget her, and said her already deep appreciation for Independence Day has taken on new meaning this year.

The youngest self-made billionaire woman in the U.S. didn't grow up in a Manhattan high rise or the Hollywood Hills. Instead, Rihanna amassed her fortune from her own music and entrepreneurial ventures. Recently, the 34-year-old singer and Fenty Beauty CEO graced Forbes' annual list of America's richest self-made women for the third year in a row.

Lindsey Pelas stuns the internet with her latest bikini update! While the social media celebrity has been tantalizing her Instagram fans with sexy pictures regularly, her latest share still did not disappoint. In fact, Lindsey was feeling her bikini so much that she opted to share three pictures with her 8.6 million followers, flaunting her killer physique.

The Phoenix brings classic comfort and musical versatility together

Alex Abramovitz and His Swing'n KC Jazz Band get down during weekend brunch. // Photo by Liz Goodwin The Phoenix has a history of throwing down. Although this jazz bar and eatery didn't come into its current form until 1990, the building's roots go back another century.

Justin Reid says Chiefs want him to 'command the back end'

During the three years that safety Tyrann Mathieu was a member of the Kansas City Chiefs, there was never any question that he was the leader of the team's defensive secondary - if not the entire defensive unit.

When someone orders the spicy pho or crispy pork belly bowl at Thaiger, they soon receive it just as Adison Sichampanakhone and his family make it at home, he shared. "If you were to come to one of our barbecues or cookouts, you would see it's the same preparation, same sauce as we do here at Thaiger," said Sichampanakhone, who co-founded in 2020 with his fiancée, Jackie Faltermeier.

With 289 live shows, 57 productions, 23 visual artists, and 13 venues, the 18th Annual KC Fringe Festival is back from July 15-31. After two years of virtual performances, the festival is again connecting artists and audiences all over the city. This year, KC Fringe has a new leader at the helm, executive director Audrey...

Hide Transcript Show Transcript THIS IS FIRST ALERT WEATHER. KELLY: HOPEFULLY PEOPLE ARE TAKING PRECAUTIONS. BRIAN: I AM HOPING. SLOW AND STEADY. SLOW DOWN. MAKE SURE YOU ARE HYDRATED. THERE IS HEAT RELIEF IN THE FORM OF CLOUDINESS OR A BRIEF SHOWER. NOT EVERYBODY IS GOING TO GET IT.