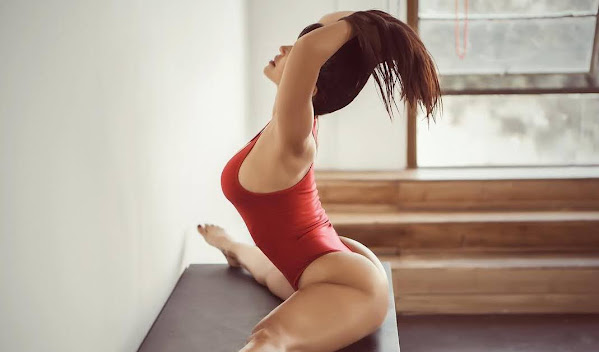 KANSAS CITY, Mo. (KCTV) - The Kansas City Artists Coalition is seeking artists to paint the intersection of 12th Street and Benton Boulevard as part of Bloomberg's Asphalt Art Initiative. The goal is to improve safety for pedestrians and traffic speed by creating shorter crossing distances.

KANSAS CITY, Mo. - Illegal fireworks sparked a roof fire Monday night at an Overland Park house. The fire was reported at 8:46 p.m. in the 9300 block of West 106th Street. Firefighters quickly knocked down the fire and no one was injured, according to the Overland Park Fire Department.

After a chaotic legislative session in Jefferson City that adjourned in May, local state legislators presented their thoughts to the public at recent community meetings this month. The only year with fewer bills passed in the last 40 years was 2020.

Kansas, the next abortion battleground

The overturning of Roe v. Wade brings more eyes than usual to the Midwest as Kansas becomes the first state to vote on abortion rights after the U.S. Supreme Court ruling. Although the amendment being voted on in Kansas' Aug.

The creatives behind the remake of a '90s sitcom have proven once again that Kansas City artists can play with coastal counterparts on the same field. "Bel-Air," a dramatic re-imagining of Will Smith's "The Fresh Prince of Bel-Air," debuted on Peacock in February.

Chris Evans , one of Hollywood's most eligible bachelors, has had quite the dating resume. From Jessica Biel to Sandra Bullock to an online flirtation with Lizzo, Evans has made the rounds with some of Hollywood's prettiest faces.

With pressures mounting, Biden thinks GOP will make his midterm case for him

Little is going President Joe Biden's way as the summer lull sets in before the crush of midterm elections. Gas prices are up; his approval rating is down. A conservative Supreme Court majority is hacking away at his agenda by abolishing federal abortion rights and undermining environmental protections meant to curb climate change.


Ratings Depend On MAGA

Donald Trump is a political figure. But, more than anything else, Trump is a creation of the media. And it's time for us in the media - whether print, TV, radio or online - to admit that, like Victor Frankenstein, we have created a monster.

That sentiment was echoed by Rep. Alexandria Ocasio-Cortez, who tweeted that Democrats "cannot make promises, hector people to vote, and then refuse to use our full power," ticking through a list of potential actions the party could take, including moving to expand the Supreme Court, opening abortion clinics on federal lands and repealing the Hyde Amendment.

How COVID Could Screw You Worse With Each Reinfection

The more times you catch COVID, the sicker you're likely to get with each reinfection. That's the worrying conclusion of a new study drawing on data from the U.S. Veterans Administration. Scientists stressed they need more data before they can say for sure whether, and why, COVID might get worse the second, third, or fourth time around.

Ukraine town warned to evacuate ahead of Russian assault

KRAMATORSK, Ukraine -- A day after Russian President Vladimir Putin declared victory in seizing an eastern Ukraine province essential to his wartime aims, the mayor of a city in the path of Moscow's offensive warned residents Tuesday to evacuate ahead of an expected assault.

This game started out so well too. Whit Merrifield struck out swinging on what would have been ball four but the next four Royals all reached base and before Jonathan Heasley ever took the mound, Hunter Dozier's two-RBI single had given him a lead to work with.

Fans of the Kansas City Chiefs don't need to be told how great Patrick Mahomes is. We know. When a quarterback comes in and leads his team to four straight AFC Championship games in his first four seasons as a starter and ends the team's 50-year Super Bowl drought, his greatness is definitely appreciated.


Heat index will climb to over 100 degrees Tuesday

Hide Transcript Show Transcript TEMPERATURES HERE. WE'RE IN THE 70'S SO IT IS PLENTY WARM, 77 DEGREES. SHOULD BE DOWN TO THE 60'S IN THE MORNING, NOT COOLING OFF VERY MUCH AT ALL. THAT WILL AID OUT AND WARM THIS AFTERNOON, OR LET ME SAY HOT AS THE HIGHS GET INTO THE MIDDLE 90'S.

Σtella - Up and Away is the song of the day and this is the OPEN THREAD for right now.