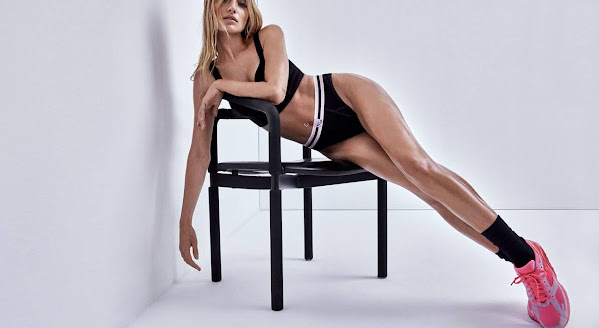 Right now we check-in with the angels as we take a quick peek at pop culture, community news and top headlines . . .

A dedicated band of jazz enthusiasts from Kansas City and other "cradle" cities across the country are joining forces to celebrate jazz across the country in a profound way. The campaign, deemed "the HR-57 Initiative" will promote the connectivity of great jazz music communities - including Kansas City.

KANSAS CITY, Mo. - Kansas City police believe they've found the car that hit an 11-year-old girl during a Fourth of July celebration, but so far, no charges have been filed. Zy'Najsia "Nae" Nunnally, who was hit by the car, says it's a miracle she's alive.

Swope Health to expand services to I-435 and 87th St. location

Swope Health, the non-profit community health care provider that offers a broad range of health care and behavioral health services to underserved communities throughout the metropolitan area at its clinics and other sites, announced its plans to expand its services in the Hickman Mills area on June 27 at a stakeholder lunch at Smith-Hale Middle School.

KCPD's CAN returns to Northeast

Michael Bushnell Publisher After a decade-long absence in the Historic Northeast community, the Kansas City Police Department's (KCPD) East Patrol once again has Community Action Network (CAN) officers to proactively and reactively address crime in our neighborhoods.

Angels and demons: exposing the dark side of Victoria's Secret

he current resurgence of Y2k fashions has prompted recent documentary reappraisals of that era's biggest brand names, from Von Dutch to Abercrombie & Fitch. Now the mother of them all receives the docuseries treatment with Victoria's Secret: Angels and Demons, a three-parter about fashion, sex, power, money and misconduct that's sure to titillate when it premieres this week.

Former President Barack Obama reprimanded his own former White House physician for criticizing Joe Biden's cognitive health on the 2020 presidential campaign trail, according to a forthcoming book. In his memoir "Holding the Line: A Lifetime of Defending Democracy and American Values," Rep.

Money. Revenge. Disruption. International intrigue. These hallmarks of Donald Trump's business brand are all colliding in his latest political controversy involving the world of professional golf. Later this month, Trump National Golf Club Bedminster in New Jerseyhosts its first tournament for the new LIV Golf series, funded by Saudi Arabia, which is upending the sport's establishment with a $2 billion investment and contracts with top players that reportedly reach $150 million or more.

Russia is using rape as a weapon of war in Ukraine. Here's what can be done about it.

Warning: This column contains graphic descriptions of sexual violence against women, men and children. "This is how an 11 year old boy sees the world after having been raped by #Russia soldier in front of his mother."

Mexico's alleged most dangerous cartel has made a plea to its enemies to protect innocent civilians following a spree of brutal murders. A video claiming to be from Mexico's powerful Jalisco New Generation Cartel (CJNG) circulated on social media has urged that fighting be kept between criminal groups to avoid harming those not directly involved.

A former spokesperson for the far-right Oath Keepers testified before the congressional subcommittee investigating the January 6 Capitol riot on Tuesday that January 6 was going to be "an armed revolution" and could have become a "new civil war."

The 2013-2015 Kansas City Royals were a blast to watch in part because you know you'd see the best defensive team in baseball every day. They were amazing. One of the underrated reasons why the last five to seven years of Royals baseball has been the disappearance of that defensive prowess.


Local Angle At The Stars

KANSAS CITY, Mo. (KCTV) - The scientists at the Stowers Institute in Kansas City work with microscopes, not telescopes. Their background is in biology, not physics. But, their eyes lit up like excited children when asked about the images released this week of galaxies thousands to billions of light years away.

The Regrettes - Anxieties is the song of the day and this is the OPEN THREAD for right now.