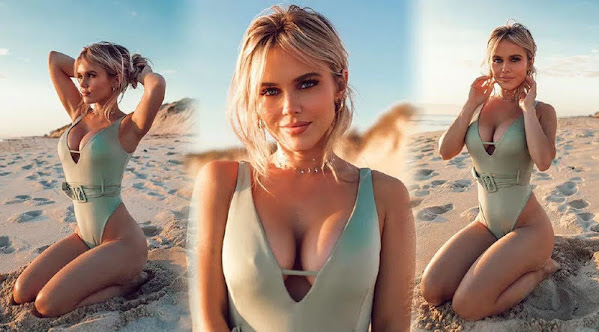 Image by Patrick Fredo We've been asking members of the KC community to submit stories about their thoughts and experiences in all walks of life. If you've got a story you'd like to share with our readers, please send it to brock@thepitchkc.com for consideration.

An idea floated by Kansas City Mayor Quinton Lucas this week to bring back the Kansas City Police Department's horse-mounted patrol unit is getting mixed reviews - even though the likelihood of bringing back such a unit is low. Following a quadruple shooting and vehicle break-ins over the weekend, Mayor Lucas called for the KCPD's mounted patrol unit to be reinstated.

Tenants without air conditioning for nearly 2 weeks at KC apartments

Tenants in 114 units at the Gabriel Tower apartment complex at 1600 Jackson Ave. have gone without air conditioning for nearly two weeks. They are hot and upset."It's awful," said resident Pam Hendrix. Hendrix lives on an upper floor at the complex like Jacob Wood.

SHAWNEE, Kan. - Five Shawnee firefighters have been released from hospitals and recovering at home. They were injured fighting a fire at a house near West 46th Street and Silverheel Street around 9 p.m. Tuesday night. Everyone inside the house when the fire started escaped safely.

Hide Transcript Show Transcript MY TURN TO TALK TO JOHNNY ROWLANDS BUT IT ISN'T HAPPENING. AND WEST WE WILL SHOW YOU. AND IT WAS PRETTY AMAZING TO SEE THAT. TAKE A LOOK, I DON'T THINK I HAVE EVER SEEN THIS BEFORE. IT'S A SEDAN CUT ALMOST CLEANLY AND HALF.

Who is Hilde Osland? Everything You Need to Know

Hilde Osland is a Norwegian Instagram celebrity, model, singer, and dancer. The multi-talented social media influencer was first seen in Disney's hit TV show 'As the Bell Rings'. She also participated in the sixth season of 'Idol Norway' and reached in the top forty.

Biden will rescind Afghanistan's designation as a major non-NATO ally

President Joe Biden in a letter to Congress on Wednesday said that he will officially rescind Afghanistan's designation as a major non‑NATO ally.

An extremely early Trump 2024 announcement would be a 'train wreck' for the GOP that also won't deter the prosecutors on his heels: experts

House investigators have aired damning testimony and unfurled reams of evidence. The Justice Department is closing in with search warrants and subpoenas to key figures in the efforts to overturn the 2020 election. In Atlanta, a local prosecutor is summoning several Trump allies - including Sen.

An officer sought permission to shoot the Uvalde gunman before he entered school but didn't hear back in time, report says

An Uvalde police officer armed with a rifle spotted the gunman outside Robb Elementary School and was ready to fire. He asked for permission to take the shot but his supervisor either did not hear him or responded too late -- and by that time, the gunman had entered the building, according to a new assessment of the law enforcement response.

Video Ukraine armed with new weapons from US

United States long-range rockets are being brought onto the Ukrainian battlefield and ABC News got a rare look at the rockets being deployed.

She's done it again. Julia Fox hit the streets of New York Monday night in yet another jaw-dropping outfit that defies description. Wearing a tie-front crop top by Alejandre with a large cutout in the center, the "Uncut Gems" actress flashed some underboob as she headed to dinner at the Mercer Hotel.

Astros deal with COVID concerns ahead of Royals game

HOUSTON - The Astros closed the clubhouse to the media prior to Wednesday's game against the Kansas City Royals due to "health and safety reasons." Houston's FOX26 Sports Director Mark Berman reported Astros had five coaches out and in COVID health and safety protocols at one point.

KANSAS CITY, Missouri - The good thing about baseball is even when you strike out, there will be another at bat. Willie Mays Aikens struck out more than 400 times in the majors. Big is how he lived life. "As a baseball player, the highest of highs was when I hit those multiple homer games in the World Series.

Still hot, humid for your Thursday

Scattered showers and some thunderstorms are possible for northern Missouri and Kansas. Clouds may linger into Thursday afternoon, keeping highs in the 80s north and low 90s around the metro. Storm chances will increase Thursday evening into Friday morning. Highs will be in the 80s Friday and Saturday.