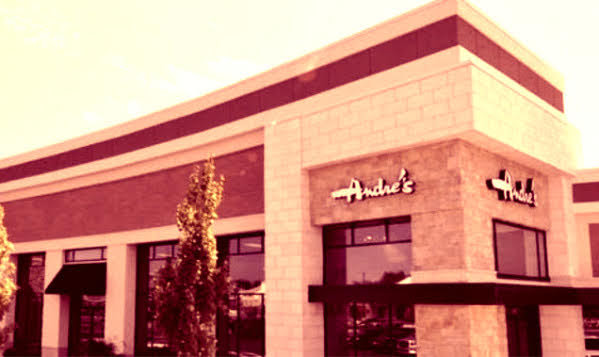 A fancy local sweet shop arguing over the abortion debate with their post patrons might be the LEAST important political battle ground BUT it offers a peek at the 1st world political disconnect of the chattering classes.

Whilst the rest of the world is attempting to make rent and fill their tanks with gas . . .

Check these white ladies pretending to engage in a struggle for life & freedom by way of high calorie treats purchased with money that a man earned . . .

Andre's Confiserie Suiesse has been in the Kansas City metro for 67 years. There are two locations with more than 1,200 five-star reviews combined. But some people have soured the sweets over the Value Them Both amendment on the August ballot.

The chocolatier was packed Thursday. Every person received a free pastry and drink for three hours if they said, "Vote Aug. 2."

Brigitte Gravino, co-owner of Andre's, has been wearing a "Vote No" sticker for Amendment 2 on the Aug. 2 ballot.

Recently, a woman with a gift card bought some "Chocolates that were a delight" but posted a one-star review.

A heated political issue is now affecting an Overland Park business. Some customers recently complained about the store in an online review because of a sticker.Andre's Confiserie Suiesse has been in the Kansas City metro for 67 years. There are two locations with more than 1,200 five-star reviews combined.