Credit where it's due . . . The Mayor has a bit of fun on Friday in responding to a serious lawsuit threat against KCMO offering abortion transit cash to city hall workers.

Here's the money line for those who haven't seen it yet . . .

"Using hard-earned taxpayer dollars, whether it be ARPA funds or other forms of revenue, to fund nonsensical threats and meritless lawsuits violates the state attorney general's ethical obligations as a Missouri attorney.

"We will continue to proudly and unabashedly stand up for the freedom of Missouri women and Missouri families to make private healthcare decisions. Kansas City's lawful resolutions are but one step in doing so.

"We wish the state attorney general well in his ongoing effort to become the most popular Eric in the campaign for U.S. Senate." 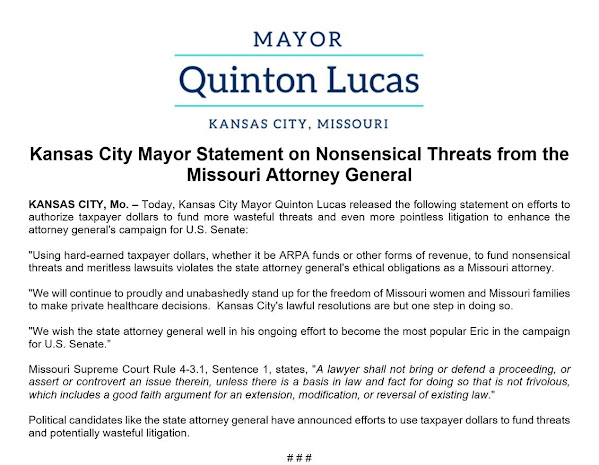