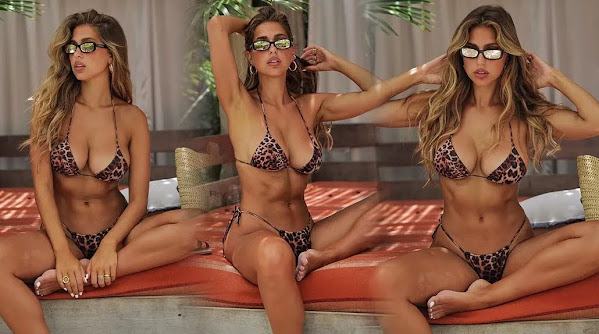 Butterflies, baseball cards and deep-fried (does it even matter?) - it's a hot and happening weekend in July. 9 a.m. - 8 p.m. Festival of Butterflies at Powell Gardens, 1609 N.W. U.S. 50, is back for its 25th year celebrating the popular pollinator. Through Aug.


Hot Mess Inside The Loop

KANSAS CITY, Mo. - A serious injury crash Friday morning is causing a major backup on westbound Interstate 70. The single-vehicle crash happened around 7:30 a.m. near the East 23rd Street overpass and sent one person to the hospital with life-threatening injuries, according to the Kansas City, Missouri, police.

OVERLAND PARK, Ks. (KCTV) - A shortage of lifeguards had already forced the City of Overland Park to close two of its five public pools over the summer. Now the extreme heat is threatening the staff those pools do have.

For Sam Mewis and Lynn Williams, a Day Off in Kansas City Is All About Dogs, Dining, and the Driving Range

Mewis: I grew up in Boston, and now I love Kansas City. I feel really lucky that I've gotten to live in so many cool places. I've been very pleasantly surprised with how much there is to do, and how vibrant the city is. The people are so nice, so welcoming.


It Was Good To Be The King

KANSAS CITY, Mo. - People will be able to step inside ancient Egypt without ever leaving the Kansas City metro. A new immersive experience plans to open in September. It is called "Immersive King Tut: Boy. Hero. King." It is opening to coincide with the 100th anniversary of the discovery of King Tut's tomb.

Maxim bombshell Kara Del Toro stunned her 1.6 million Instagram followers with her latest post, a gorgeous trio of snaps in which she looked flirty and flawless. The pictures were taken at what appeared to be a cafe of some sort, and Kara perched on a cream-colored couch with a furry throw blanket visible behind her.

For more than a year, Joe Biden's ability to avoid the coronavirus seemed to defy the odds. When he finally did test positive, the White House was ready. It set out to turn the diagnosis into a "teachable moment" and dispel any notion of a crisis.

Inside Trump '25: A radical plan for Trump's second term

Former President Trump's top allies are preparing to radically reshape the federal government if he is re-elected, purging potentially thousands of civil servants and filling career posts with loyalists to him and his " America First " ideology, people involved in the discussions tell Axios.

Members of Mike Pence's Secret Service detail phoned loved ones to say their final farewells on Jan 6, 2021 as rioters called for Pence's head came within feet of the former vice president, it was revealed on Thursday.

Russia's Ukraine war effort running 'out of steam' as Putin's ability to spy in Europe cut in half, MI6 chief says

The chief of Britain's foreign intelligence service believes that Russia is losing steam in its invasion of Ukraine, and has lost its ability to spy in Europe "by half" following the expulsion of more than 400 Russian intelligence officers from cities across Europe and the arrest of several deep-cover spies posing as civilians.

WELLINGTON, July 22 (Reuters) - New Zealanders are dying from COVID-19 at record rates as the country battles a new wave of the Omicron strain that is particularly affecting the older population. Deaths from the virus reached 151 in the seven days to July 16, compared with 115 in the worst week of the previous wave, in March, according to Health Ministry data.

PLATTE CITY, Mo. - An 80-year-old demolition derby driver isn't letting age slow him down or get in the way of having fun. Ron Pine entered the derby at the Platte County Fair and won the Legends Class, reserved for drivers age 50 and older and ended up winning!

Excessive heat and humidity will have an impact on outdoor plans today and tomorrow. Afternoon heat index values up to 106° Friday and up to 108° Saturday. A cold front will begin to move southward across the Kansas City region Sunday afternoon resulting in highs in the 80s across northern Missouri, low 90s along I-70 and near 100 south of Kansas City.

Death Cab for Cutie - Here To Forever is the song of the day and this is the OPEN THREAD for right now.