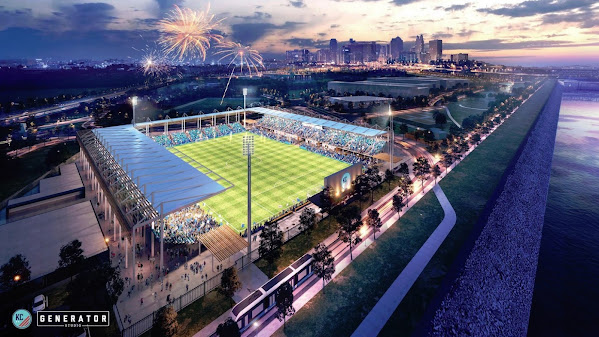 The hype machine for this project is just a bit more subdued now that billionaires are asking for benefits from the public.

Check this bit of economic theory . . .

The Current's stadium construction and operations would contribute to $729.5 million in total economic output within Kansas City, counting direct, indirect and induced spending. That output could amount to $1 billion statewide over the same timeframe, the analysis found.

The team seeks $6 million in state tax credits to support infrastructure, utilities and site preparation for the new stadium, as a 50% match for $12 million in contributions through KC WFC Holdings LLC. The entity includes team co-owners Angie and Chris Long, and Brittany Mahomes.

The Kansas City Current in April sought to study the team's local and statewide economic impact, including with its upcoming $118 million, 11,500-seat stadium at the Berkley Riverfront. The findings over the next 30 years are nothing but net, the team says.