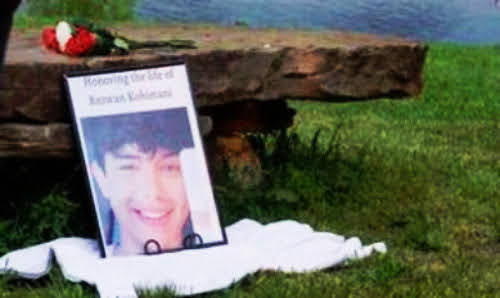 Right now we take a moment of pause and consider the real world implications of intense feelings and often callous conversation about immigration & foreign policy . . . Instead, we notice locals sharing sympathy with a nearby family after recent tragedy . . .

Tonight, the KC Muslim Civic Initiative (KC-MCI) is hosting an 8 p.m. vigil within the Colonnade at Concourse Park, in conjunction with vigils in seven major U.S. cities in a shared call for justice.

“I don’t know all the facts around Rezwan’s death, which is the reason we are calling for a proper investigation,” says KC-MCI organizer Waleed Al-Shaikhli. “What I do know, being a Muslim refugee from Iraq, is that being a Muslim child in America is tough. There is so much hate targeted toward Muslims that bullying and Islamophobia are normalized. Schools rarely intervene to stop it.”

Rezwan Kohistani's family continues to fight for answers to the 14-year-old's death. // Courtesy KC Muslim Civic Initiative After fleeing Afghanistan in August 2021, the Kohistani family was resettled in Webb City, Missouri by the U.S. government. Less than a year later, their eldest son 14-year-old Rezwan, was found hanged at Webb City High School May 5, 2022.