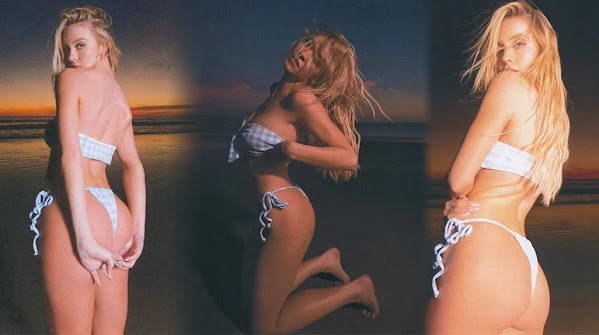 Wayside Waifs' new canine behavior center is highlighted in this month's Rolling Stone magazine.Boomer and Selma are best friends. When they get a chance to play, they really get after it. Both dogs are a part of a new behavior program at Wayside Waifs, which is one of only two in the country.

Prairie Village's donation of $10,000 worth of radios to its Ukrainian sister city, Dolyna, have been received and are being put into action. Prairie Village developed a sister city relationship with Dolyna, Ukraine, in the early 2000s.


Cowtown Given To Flight

KANSAS CITY, Mo. - The United States is facing its worst pilot shortage in recent memory, forcing airlines to make drastic cuts as more travelers return from the pandemic. Chances are, fliers who have traveled recently on the airways have experienced or witnessed flight delays and cancellations.


Happy Rock Sweats It Out

Some Gladstone apartment residents have been without AC for months

Some Gladstone residents are hot under the collar due to extended periods of time with little or no air conditioning.Shaquan Fleming, who lives at the Gladstone Meadows complex with her two young daughters ages 5 and 2, said she's been without working air conditioning since April."I also work from home, so we're in the heat all day unless we're in this front room," she said.The front room has a portable air-conditioning unit that Fleming claims the complex only provided after a Gladstone housing inspector intervened.

KANSAS CITY, Mo. - The city of Independence announced Thursday it is adjusting the Adventure Oasis Water Park's hours of operation "due to the national lifeguard shortage." Starting Monday, July 11, weekday hours will become noon to 7 p.m. The park will remain open from 11 a.m. to 8 p.m.

Sydney Sweeney is a classic blonde bombshell on cover of Von

Euphoria star Sydney Sweeney has achieved yet another professional coup by landing the cover Von magazine. Founded by the legendary German fashion photographer Ellen Von Unwerth, the publication has featured top-flight cover girls like Miley Cyrus and Cate Blanchett. And now Sydney, 24, has become the latest to join their ranks, showing off her ample endowments in a plunging scarlet dress.

At least he didn't say, "Go f-k yourself, America." President Biden made a televised blunder Friday that could have been pulled straight from the classic Will Ferrell comedy "Anchorman" - when he appeared to blurt out "repeat the line" while reading a speech directly from a teleprompter.

Twitter's message to Elon Musk after his attempt to bail on his $44 billion agreement to buy the company: we'll see you in court.

Shinzo Abe was a rare leader. As the longest-serving prime minister in Japan's history, he was a great leader of his nation. Abe was also a true friend of America. He was an ally to presidents of both parties - to President Barack Obama and President Donald Trump.

What's the best protest anthem of all time? The music and culture outlet Complex explores some of the most influential political songs in hip hop in a discussion with host Brian "B.Dot" Miller and MSNBC's Ari Melber, ranging from Queen Latifah to Public Enemy.

US will plunge into recession - but it didn't have to, former IMF chief economist says

It's "almost impossible" for the Fed to tamp down inflation without tipping the US economy into a recession, says Former IMF Chief Economist Ken Rogoff.

The United States economy continues to defy growing recession fears that have been sparked by record-high inflation and surging gas prices, adding a better-than-expected 372,000 jobs in June while the unemployment rate held steady at 3.6 percent.

Medical experts are warning that the United States is at risk of losing control of the monkeypox outbreak due to sluggish government response, a media report by The Hill has said. US President Joe Biden's administration "has been too slow to respond to the monkeypox outbreak," which "mirrors the worst parts of the early days of the coronavirus pandemic," Xinhua news agency reported quoting the report.

Putin Warns Ukraine and Their Western Allies About Future of War: 'We Haven't Even Yet Started'

More than four months into its continued invasion of Ukraine, Russian President Vladimir Putin claims his country has only just begun its fight, which started on Feb. 24 and has since led to countless deaths - including of Russia's own military members

Actor Tony Sirico - best know for his role as Paulie Walnuts on "The Sopranos" - is dead, his brother, Robert, announced on Facebook on Friday. He was 79.


News Cycle Can Be Tricky

WARRENSBURG, Mo. - The Missouri State Highway Patrol said a man who threatened a Warrensburg hospital is in custody and will be held for at least a day. According to MSHP Trooper Bill Lowe, troopers, deputies and officers worked to evacuate Western Missouri Medical Center following the threat of an active shooter Friday morning.

KANSAS CITY, Mo. - A recent wave of incidents targeting the LGBTQIA+ community has local organizations working harder than ever to lift up that community's experiences. Merrique Jenson, the founder of Transformations Kansas City , is working to shine a spotlight on transgender communities of color, and introduced KSHB 41 to Jordan Burns and Alex Salazar.

Saturday will be mostly sunny, comfortable

Hide Transcript Show Transcript FOR THE HEAT INDEX BALL YARD. LOOKS LIKE IT TO BE FAIRLY PLEASANT BUT STILL ON THE WARM SIDE 83 DEGREES FOR THE FIRST PITCH AS A ROYALS ARE BACK IN TOWN AGAINST CLEVELAND A GENTLE WIND BY THE NINTH INNING IN COOLING DOWN TO ABOUT 80 DEGREES.

Burna Boy - For My Hand feat. Ed Sheeran is the song of the day and this is the OPEN THREAD for right now.