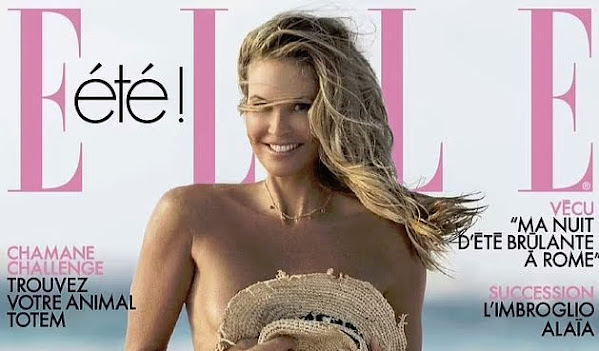 
Everybody Wants To Get Lucky

The Mega Millions jackpot grew overnight to $1.1 billion dollars and people living across the Kansas City area are feeling lucky. Red X in Riverside saw an influx of people waiting in line Thursday to get their hands on a lottery ticket.

Kansas Reflector welcomes opinion pieces from writers who share our goal of widening the conversation about how public policies affect the day-to-day lives of people throughout our state. Eric Thomas directs the Kansas Scholastic Press Association and teaches visual journalism and photojournalism at the University of Kansas.


Good To The Last Bite

KANSAS CITY, Mo. - Choco Taco fans were devastated earlier this week when Klondike announced it planned to stop selling the novelty ice cream treat. A new challenge may make the news a little easier to swallow. A woman from Kansas City, Missouri, posted an ad on Airtasker.

It's nearly the weekend-check out these events happening in Kansas City over the next few days.

HATS off to supermodel Elle Macpherson as she beams - in photographs taken by her ex-husband. The 58-year-old posed for fashion photographer Gilles Bensimon, 78, to whom she was married for three years until they split in 1989. The snaps were for fashion magazine Elle France, out now.


Progressive Betrayal At The Wall?!?

" Not another foot." Those were the words Joe Biden used as a mantra throughout his 2020 presidential campaign regarding the construction of the U.S.-Mexico border wall. But on Thursday, the Biden administration approved a plan to complete a section of the border wall near Yuma, Arizona.

Federal prosecutors ready for executive privilege fight Prosecutors at the justice department are gearing up for a courtroom battle to force the testimony of Donald Trump's former White House officials, as they pursue their criminal inquiry into his insurrection, a report published Friday by CNN says.

Senate Democrats are walking on eggshells around Sen. Kyrsten Sinema (D-Ariz.), crossing their fingers that she will agree to support a sweeping tax reform and climate bill that Senate Majority Leader Charles Schumer (D-N.Y.) and Sen. Joe Manchin (D-W.Va.) announced Wednesday. Sinema was left out of the last-stage negotiations between Manchin and Schumer, though...

Progressives believe they have enough votes to kill the deal, according to two people familiar with the situation. Congressional Progressive Caucus members who also belong to the Black Caucus are "livid" at the language, one person said.

It was all for charity, but tensions were still high during Thursday night's annual Congressional Baseball Game. Rep. Linda Sanchez, D-Calif., displayed poor sportsmanship during the 87th installment of the game when she was seen flipping off the Republican dugout during the sixth inning with the Democrats trailing by five runs.

Katy Guillen and Stephanie Williams have been working together for the better part of a decade. // Photo by Morgan Jones Katy Guillen has been a part of the Kansas City music scene for the last decade. First, she performed with Katy & Go-Go, which released one full-length album (When I Get Away) with an avenging angel's foot-tapping, country rock...


EPIC South Side Slice Of Life

Do you like your pizza baked New York, Sicilian or Detroit-style? There's no need to choose at Providence Pizza in Grandview, where diners can sample a variety one slice at a time throughout the day. Standard toppings are offered plus housemade meatballs, Castelvetrano olives and Sweety Drop peppers, sometimes drizzled with chili-infused hot honey, pink vodka sauce or fig jam.

Gorillaz - Cracker Island ft. Thundercat is the song of the day and this is the OPEN THREAD for right now.